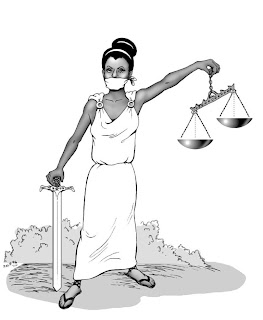 When the Pickton publication ban was lifted, more details were released to the public. I'm still waiting to hear why the Crown counsel specifically asked Pickton if the Hells Angels were involved. Obviously he said no, but what I'm interested in is what made them even ask the question? Other than the fact that his brother Dave was a Hells Angels associate of course. Surely there was more evidence that although may not have been conclusive may had triggered the question. After all, it was crown counsel in that case that implied Robert Pickton didn't act alone.

Having said that 486.4(1) implies that court files relating to that case are not available to the public without a court order. That means if I wanted to violate a publication ban under 486.4(1) I couldn't simply because I wouldn't have access to the court files.

Indeed violating the Charter of Rights and preventing the public from knowing that Hells Angels associates were charged in a gang rape at a Hells Angels puppet clubhouse would truly be a crime. Surely we can report on that incident without naming the victim to protect her identity or spoiling the accused's right to a fair trial.

Even when there was a publication ban in effect on Robert Pickton's trial, it was not unlawful to say he was charged with multiple murders without publishing any evidence from the trial.