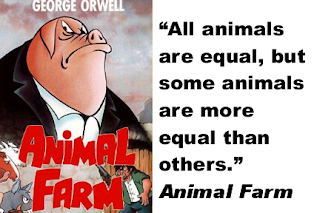 Rex Murphy has an interesting point. "Fairly straightforward stuff today. Just basic logic. Or maybe an elementary riddle. Like - when is a pandemic not a pandemic? Is a gathering of more than six people dangerous and forbidden, but at over 1,000 does all risk disappear? Is the new law of viral spread the bigger the crowd the less chance of infection? The bluntest question may be the most engaging, however. Is the pandemic over?"

"I circulate these questions because public events of the last few days have exposed serious contradictions, what my good friends in the media are given to calling a disconnect."

"So now comes the logic test. If a dozen young people can’t gather for a soccer game, or 15 can’t hook up for a backyard barbecue, because it is dangerous and a real threat to public health - how can thousands of people congregate in protest on a city’s streets without barely a whimper from the authorities, health or political, about the 'threat to public health' such numbers ineluctably contain. The paradox here is not without poignancy. "

"Civil authorities have kept people from their closest loved ones in times of the greatest emotional stress. You cannot visit. There are limits placed on funeral visitations. Daughter has not been able to visit mother, and forced to lip-speak through a window — and even that pathetic gesture has been frowned upon (Ottawa briefly banned it altogether). All in the name, I note again, of a greater good. We must not spread the virus, and if that means real pain for individual people, we’re sorry for it, but it must be the case. But protest marches fall outside these rigours?"

Here's the point. Doug Ford called anti lockdown protesters a bunch of yahoos but Justin Trudeau and the MSM are promoting ANTIFA. Can we not see what the root of this brazen contradiction really is? Leslyn Lewis recently made similar observations.

"Over the past week we saw the same health officials and political leaders that wouldn’t allow churches to meet in parked cars expressing that mass gatherings and protests should not just be allowed, but encouraged. The Prime Minister himself ignored social distancing guidelines to take a knee at a demonstration in Ottawa, surrounded by thousands of protesters. Watching health officials and politicians reverse course so swiftly this week leads us to conclude:"

"Either their recommendations and guidelines were heavy handed and unnecessary, OR they were so eager to gain the approval of a large electoral block of voters, many of whom are people of colour, that they were dishonest with them about the health risks of the protests and demonstrations. If these protests are not a danger to the public health and those participating, then our officials owe an apology not only to people of faith who are still prohibited from gathering in any meaningful way, but also every Canadian who has been kept from the bedside of a dying loved one." Well said. The contradiction is too extreme to ignore.

To this end, Leslyn Lewis has launched a petition which reads: "We are asking for the public release of the scientific information used by the Government of Canada to determine that large-scale protests are not a health concern, but attending a wedding or a funeral is less safe."

It is obvious that the double standard is political and it does not lean towards freedom and justice. It leans in the other direction in support of the same political party that launched the pandemic. 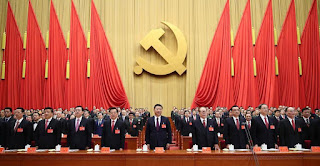 Justin Trudeau is a fake feminist, a fake environmentalist and a fake socialist. Justin Trudeau is Justan Idiot. The people want something different than George Orwell 1984. Wind of Change. 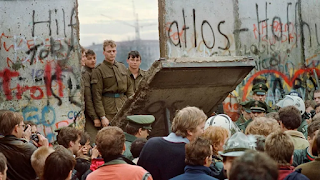