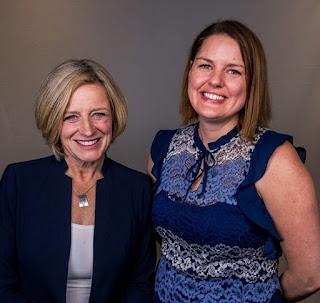 CBC is reporting that "Alberta's NDP Opposition says a new government bill that calls for broadening the use of referendums is an anti-democratic power grab by Premier Jason Kenney that would allow him to game public opinion while introducing big money back into politics."

Another Twilight Zone moment. Referendums are a good thing. Complaining about referendums is somewhat bizarre. The Reform Party were the ones that campaigned on referendums. The Neo Cons were the ones that opposed them. Perhaps there is hope for Jason Kenney after all. He is endorsing Erin O'Toole over globalist Peter MacKay. I support Erin O'Toole over Peter McKay but I rather have Leslyn Lewis as long as she stays firmly opposed to the Communist Party of China, the UN and the WHO. To right that wrong will require steadfast fortitude. Right now it look like Derrick Sloan is the only with with enough balls to do that.

Let us not forget that Rachel Notley was a raging lunatic. She did not give a rat;s a*s about the environment and launched a trade war with BC and Quebec. How's that working out for you?

Jason Kenney was a step forward from Raging Rachel but it was a baby step. Maybe he should try some conversion therapy to turn him into a Conservative instead of a Neocon globalist. He's half way there. He just needs to make a few adjustments to make the transformation complete.

2) Fining American tourists who stop off at Banff on their way to Alaska is bad business.

Expecting American tourists driving to Alaska to drive nonstop without any stop overs is unrealistic. We need to fight this chemical attack on our economy. Tourism helps.