Likewise in the case of Leslyn Lewis. Derek Sloan is a solid team member and leader. Unfortunately, he's already pissed off Quebec and will not united them to the cause. If he is the first one eliminated, all his supporters are not going to vote for Peter McKay. We all know what he is about and we'e all been down that road before. It is a very divisive path for the party.

Likewise, if Erin O'Toole is the next one eliminated, all his supporters are not going to voter for Peter McKay after the dirty tricks he used against them. They will vote for Leslyn Lewis. Therefore, in the final ballot, Dr. Leslyn Lewis could feasibly take it. That could happen. Shoot for the stars yo. She is the only one that can unite the party against the leftist insanity we now face. 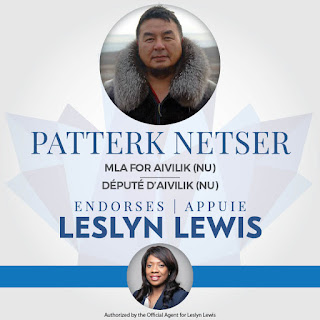