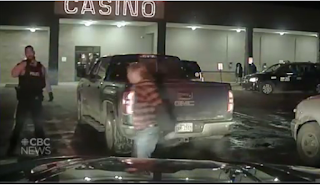 OK I want to make two points here. The main stream media is completely f*cked. During COVID1984 they bent over backwards to promote fear to damage our economy and they used fake news reports to do it. Now they are scouring the globe for videos of police using excessive force. Right now the MSM is trying to promote division with the dynamically insane mandate of defunding the police. That is f*cking insane. No really.

We won't be defunding the police in Surrey. Here we believe in law and order. In fact I'd like to take this opportunity to salute all the honest hard working police officers out there that risk their lives to keep us safe. Think about it. When sh*t gets real, who do you call? You call 911. When there is a legitimate emergency and your life is at risk, you call 911 and they come. They risk their lives to help keep you safe. That is what they do. Anarchists are f*cking retarded.

The RCMP has had a past history with sexual harassment and bullying from within their ranks. Likewise, police on occasion have used excessive force when making an arrest. The taser incident at the airport was a national tragedy. However, the police make thousands of arrests every day breaking up fights and stopping violent crime. It is a difficult and often thankless job. Yet somebody has to do it. Like any profession, there are good cops and bad cops.

Often the mob takes a short video clip completely out of context and dramatize it to promote an extreme political agenda. A police officer walks up to the driver of a vehicle with expired insurance. The male passenger gets out of the vehicle yelling at the police officer and walks up to him in an aggressive manner taking his jacket off and challenges him to a fight. Pause right there. Has he been drinking because something is not right here.

The vehicle he is in has expired insurance. The officer is quite justified inquiring about it to at least notify the driver in case they are unaware the insurance has expired. If they get in a motor vehicle accident with no insurance, that's pretty serious.

The aggressive manner in which the male passenger charges the police officer challenging him to a fight is completely unaceptable. A second officer arrives on scene and tackles him to the ground. He resists so the officer gives him a couple of shots to the head. This all falls within the legal realm of reasonable force. The media misrepresenting this is uncredible.

For the most part, none of us like cops. Yet they do have a job to do and they do put their life at risk keeping us safe. Disrespecting that cop the way the male passenger did when he was in a vehicle with expired insurance is unacceptable. Challenging someone to a fight then crying to the press when you lose that fight is pathetic. They didn't tag team him and give him the boots.

The officer took him down hard and he landed on the right side of his face. The other officer stood up to do crowd control. The officer on top of the male passenger punched him twice on the left side because he was resisting. The other officer put the handcuffs on and as soon as they lifted him up you could see the right side of his face was bleeding from hitting the ground.

If you claim this incident is police brutality I say you are an idiot. I do not agree. There are many other incidents where I'd say yeah, that was excessive force but this is not one of them. You can't run around like a raging lunatic threatening and swearing at the police when they pull you over for a serious breech of the law. I believe in law and order. Maintain the Right means uphold the law.

Why do you think they want to defund the police? So they can riot and loot. Buyer Beware. 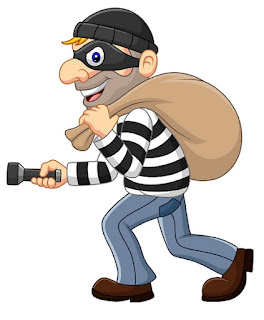 Increasing police public accountability with a civilian watchdog oversight committee, by all means.

Posted by Dennis Watson at 7:57 PM