Leroy Smith thinking Outside of the Box

"Out of the Box is the story of Leroy Smith, who was sentenced to 25 years’ imprisonment, for the shooting of two police officers in Brixton in 1993. Out of the Box will take you on a tour of the gangster lands of London, New York and Kingston, Jamaica, before showing you inside the Box that is the British prison system today. Sounds interesting. Brixton, Brixton.

I'm told Brixton is getting posh now and is an experience place to live. I was there in the /80's after the previous riots created the Front line. A long line of boaded up businesses that left and never returned for many years. Instead the outdoor market thrived. It was awesome. Idris Elba and Anthony Joshua are from Brixton and they're rock solid. Caribbean food is awesome. 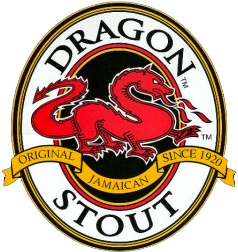 Speaking of social injustice, why is it that we can't but Dragon Stout in BC any more? Guinness owns the market, fair enough but this is one astounding beer that deserves a piece of the pie.

Update: Leroy Smith's book - Out of the Box is referring to how he is out of prison as in England they refer to jail as the box. However, thinking outside the box is a saying that "simply means that you’re willing to consider different solutions and methods for reaching your desired outcome." Put the two together and Leroy Smith is thinking outside of prison life. Peace.