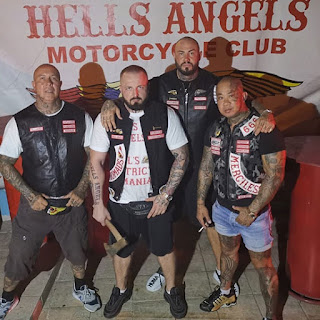 TBM is reporting that "The Rosenheim Hells Angels President is said to have brought a young single parent into prostitution and massive financial difficulties - in order to finance his luxurious lifestyle. He was sentenced to 1 year and 8 months in prison." Rosenheim is in Germany.

This is a guy who was living with a prostitute since 2018. He was not working and she gave him her money. Then he finds another single parent and has an affair with her on the side. He then forces her into prostitution as well. Ladies, let me tell you one thing. If you are in a relationship with a man and he asks you to have sex with another man, he does not love you end of story. You are being conned. That's all there is to it. Living off the avails is a low life parasite. Just sayn.

Lets not forget Frank Hanebuth president of the Hanover Hells Angels in Germany who was charged with prostitution and drug trafficking in Spain. He had a very public wedding last year. One again, I was never, ever a part of that life and never wanted to be. Ever. 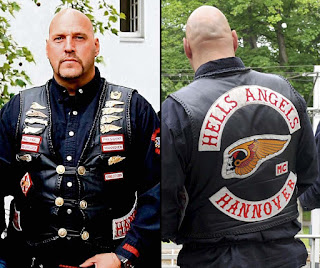 Speaking of drug trafficking in Spain, let's not forget the local yahoo Canadian members of the Hells Angels who were busted for smuggling 300 kilos of cocaine in Spain. They were convicted of smuggling 300 kilos of cocaine but didn't have to serve their time, instead they were kicked out of Spain and banned from returning for seven years. Why do you think these POS keep getting off? What agency do you think they really work for? I'll give you three guesses. 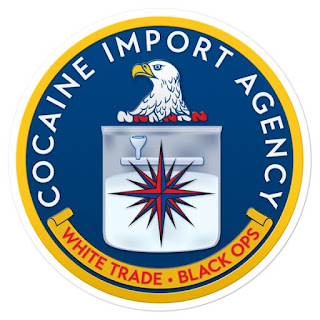