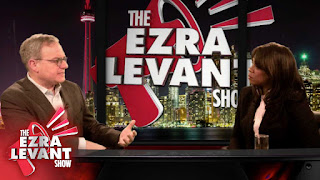 A society that seeks to instill good laws, must have an institution which can enforce them in a fair and just manner.

In Canada, calls to “defund the police” have begun to grow, echoing similar demands being put forward by activists in the United States following the horrific and tragic death of George Floyd.

According to CTV, two Toronto city councillors even put forward a motion to slash the city’s police budget by 10% - despite the fact that Toronto’s murder rates have hit historic highs in recent years. Politicians in other cities are following suit.

It has been disturbing to see that so few politicians are willing to come forward and state an essential truth: bad police officers are a small minority, and the vast majority serve, night and day, in dangerous situations to keep the public safe.

When everyone is running away from violence, police officers are running towards danger to help. When people are in danger, they call the police.

It must be incredibly demoralizing for our law enforcement officers - and their families - who face danger on our behalf, to be condemned universally for the bad actions of a few.

Conservatives believe the rule of law applies to everyone. It should go without saying that officers who do commit crimes must be prosecuted for those crimes to the full extent of the law.

Activists on the left continually call for more laws to deal with everything they believe to be unjust. So we need to ask them the question: who would enforce these laws, if they defund the police?

Canadians living in cities have legitimate concerns about gang violence and the smuggling of illegal guns, drugs and people into our country. How does defunding the police protect victims of human trafficking, or stop gangs from expanding?

If not the police, then who? Are they suggesting an anarchist society? A national military that rules over our citizens? A surveillance state based on social credit scores like in China? If so, who do these new law enforcement agencies report to? Real problems need real solutions. Dismantling law and order in our country is not a viable solution.

Slogans and hashtags are at best empty virtue signalling, and at worst, expressions of some people’s true desire to see the law and order of our society overthrown.

Serious conversations during these difficult times are essential. Let’s move past the cheap sloganeering and the collective smearing of our brave men and women in uniform.

How do you feel about the “Defund The Police” movement? Let me know here.

Posted by Dennis Watson at 6:17 AM