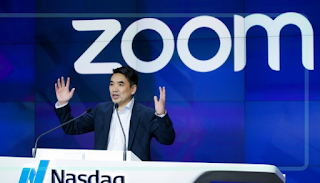 We figured this would happen. Just not this fast. The Washington Post is reporting that "Several prominent critics of the Chinese government, including protest leaders in Hong Kong and pro-democracy activists in the United States, have accused Zoom of shutting their accounts and severing live events in recent weeks under pressure from Beijing."

Quartz is reporting that "In a statement yesterday, the US-based video-conferencing company admitted to shutting down meetings held to commemorate those who died during the 1989 Tiananmen Square crackdown in China, and suspending the accounts of two activists and Humanitarian China, a US-based organization of exiled Chinese activists at the direct request of Beijing, who said the meetings were illegal. There are no Chinese laws stipulating that activities related to the June 4 massacre are illegal, but people in China, except Hong Kong, have been banned from holding any vigils or posting words related to the incident online. The accounts were suspended between late May and early June, according to the activists.'

The Communist party of China is behind the censorship on Facebook and YouTube. Facebook's fact checkers is false partisan censorship. They portray real news as fake and fake news as real. Welcome to George Orwell 1984. Caving in to Beijing's demands to censor the truth about the 1989 Tiananmen Square massacre is satanic. God damn you all. 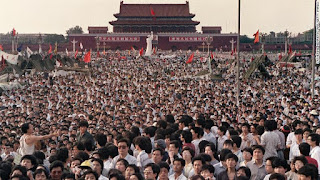 China's censorship has crossed the line

The Communist party of China censoring the Tiananmen massacre from the Internet in China is dirty but to be expected of a totalitarian dictatorship. However, censoring the truth from the Internet in North America crosses the line and is totally unacceptable. Free speech is guaranteed by the US Constitution and the Canadian Charter of Rights. Censorship is therefore illegal.

Donald Trump needs to revoke Zoom and Facebook's business licence until they stop the censorship. If you want to do business in Canada or the United States you have to obey the law. Censorship is illegal here and voids their business licence to operate here.