Errol Gildea is on the run 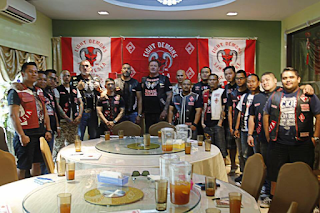 Errol toy boy Gildea, one of the three Australian Hells Angels charged with drug trafficking in Thailand appears to be on the run. This is a picture of Errol with the Eight Demons MC Indonesia as they went from being a support club to a hangaround club to a prospect country in HAMC: I wonder what they had to do to earn their stripes? With Erol's preferences, one can never be sure. 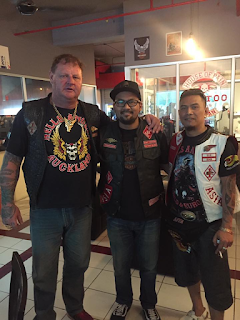 Errol Gildea is on the left, Oeh is on the right (he's in a Thai prison now for crystal the meth bust) and a member of the Eight Demons MC in the middle. An Errol sandwich. Now that is scary. 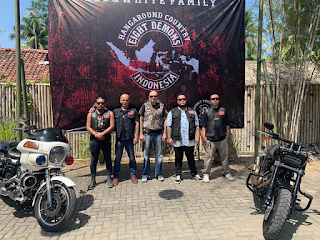 According to the HAMC official website, Indonesia is a prospect country and Philippines is a hangaround country. The pictures above and below confirms that Indonesia is a hangaround country. What a f*cking ponzi scheme. Kiss our ass and who knows what else, and we'll let you sell our drugs as long as you pay a tax. They take all the prostitutes money so these guys are just waiting for the dog to be thrown a bone. So if the Hells Angels openly run prostitution now, are Erol's boy toys sanctioned? You're running that kind of prostitution now too? Wow.

The boy toys that wear lipstick Errol is giving patches to in Thailand is none of my business. If the homophobes in the club cap them like they did Ali, that won't solve the problem. If you don't want them in the club, don't let them in. Letting them in and then capping them because you changed your mind is bad business. Then lying about it after the fact is sleazy. 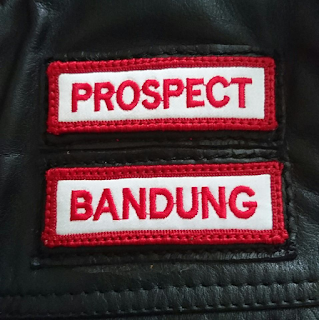 Bandung is a city in Indonesia. Word is Cambodia is next on Erol's wish list because of the prostitution and corrupt police. So not only are the Hells Angels living off the avails, now they appear to be running under age gay prostitutes in Asia. Anything to make a buck. Anything? How low will you go? What consenting adults do behind closed doors is their business. The key words there are consenting adults. Prostituting minors is human trafficking and Errol is at the root of it.

Is the local clown Blair Curtis Stephens involved with all that? He does look a little creepy. 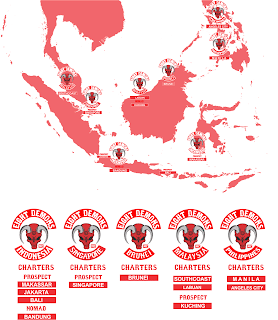