Anarchists want to defund the police 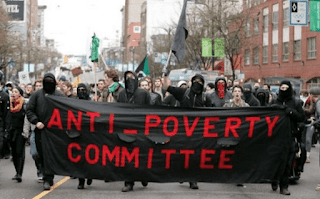 Right now the main stream media run by the Communist party of China is so absurd it's not worth watching let alone commenting on. However, on this matter I will. Recent calls to defund the police are so absurd we need to look at where that road really leads.

I am the first one to admit that the police need to be publicly accountable. In Surrey the local mayor has launched a campaign to fulfill his election promise to form a municipal police force over the RCMP so that it is more accountable to local needs and concerns. I completely support that. Yet when anarchists make calls to defund the police it does cause me to roll my eyes.

We've been through this all before. I support law and order. "Caring About the Climate Crisis Means Supporting the Demand to Defund the Police." GMAFB. Greta Thurnberg is a Communist not an environmentalist. If the whacked out anarchists and communists gave a rat's ass about the environment they would be supporting natural gas over industrial coal but they're not because they don't care about the environment they care about Communism. That's what Agenda 21 is.

Anarchists look for opportunities to fight with the police because they support lawlessness. The tent city on the Surrey strip was like the rape camp at Oppenheimer park in the DTES. They said they were protesting for social housing but when the Province called their bluff and gave them social housing they still refused to leave. That exposed their real agenda which had nothing to do with social justice. They were simply promoting lawlessness and they were teaming up with the Communists because slavery to them was their endgame.

If you defund the police then the looters can run free and steal as much as they want. We need to balance the extremes. What happened to George Floyd was outrageous. Yet that does not excuse looting and it certainly does not mean that what the Communist party of China did at Tienanmen square and are doing in Hong Kong is acceptable because it's not. Communism is the Mother of all Lies because they will lie to every social group to try and trick them into fighting for them so that you will hand over all your civil liberty to them.

Communism claims that you have to give up individual rights to support collective rights. That is a lie. Once you give up individual rights, there are no collective rights. This is George Orwell 1984. The media is not objective. It is brainwashing us with the lies of Socialism. 2020 is the new era where we can clearly see that. It is a tale of two cities. These are the best of times or the worst of times, depending on how we react to it. Will we question the narrative? 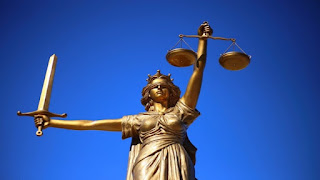