Stockwell Day fired for not towing the CPC party line 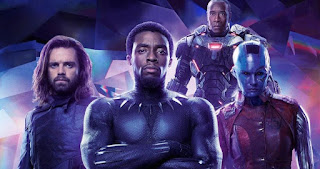 Blazing cat fur is reporting that "Former Conservative cabinet minister Stockwell Day has stepped down from his role as a commentator on CBC News Network’s Power & Politics - and has left senior positions at two major companies - after making comments on Tuesday’s show about racism in Canada he later admitted were insensitive and hurtful”.

So what did he say? CBC is reporting that Day said "We have to recognize that our system is not perfect in Canada," Day said during the panel discussion. "Yes, there's a few idiot racists hanging around but Canada is not a racist country and most Canadians are not racist. And our system, that always needs to be improved, is not systemically racist." And?

"Day went on to compare the bullying he endured as a child with the discrimination faced by visible minorities across the country. 'Should I have gone through school and been mocked because I had glasses and was called four-eyes and because of the occupation of my parents?' Day asked. "Should I have been mocked for all that? No, of course not. But are Canadians largely and in majority racist? No, we are not." That's it? That's all he said?

OK so this is bat sh*t crazy. He doesn't think Canada as a whole is racist. I thought the same thing growing up until I lived in Harlem, Brixton and South Seattle for a year. When I came back after that experience I started to see things I hadn't really noticed before.

I didn't experience any mistreatment or racism during that year. I just became a bit more sensitive to what was happening to others that I didn't really notice before. I do agree that over all, Canadian police are far less racist then they are in the US. Obviously nothing is perfect. We did have those drunken idiot cops locally that beat up an Indo Canadian delivering newspapers and made racial slurs against him. Yet we have many Indo Canadians in our law enforcement now so I would say those racist cops were in the minority. Likewise not all cops in the US are racist.

Stockwell Day comparing the bullying he received in school to racism is kinda dumb but would shed light on the fact that he might indeed have experienced fairly serious bullying for being such an idiot growing up. Yet him being fired for making those comments is insane.

Blazing cat fur pointed out that Day's comments were not nearly as bad as Justan Idiot's black face escapades. Alex Haley, powerful author of the devastating series Roots, gave an interview where he said while writing the novel he hit a creative roadblock. He said in all fairness couldn't justify him writing about the hardships his ancestors experienced from his comfortable condo.

So he took a journey and recreated the experience crossing the ocean on a slave ship. He booked passage on a freighter from Liberia to the United States. He said that experience profoundly affected him and helped him write that section of the book. 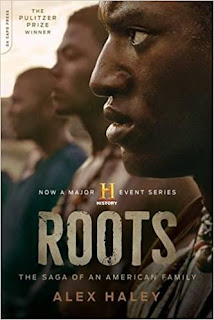 We need to remember what slavery was. These guys would be at home, chilling in their crib and someone would come, rip them from their family and kidnap them. They were free, kidnapped and forced to become slaves. It was the epitome of evil. We need to remember this because before the African slave ships slavery was previously practiced in North America.

Some indigenous tribes would raid other tribes and make them slaves. The reason the First Nations community in Fort Langley got along so well with the British fur traders was because the British had guns and protected them from other tribes who would raid them and kidnap slaves. This is why I do not support the inherit right to self government and why the communist extremists do. The inherit right to self government means that a hereditary chief could declare himself king and start taking slaves again. That's what communism wants. I oppose that.

Slavery and serfdom existed within the Roman empire as well as England for many years. The Jews were slaves in Egypt and Babylon. Moses helped liberate them from slavery in Egypt while Cyrus the Great set them free in Babylon. I think we all agree slavery and racism is bad.

The mainstream media has lost touch with reality. They are fanning the flames of racism and division through misleading advertising. They promote the Smash Fascism violence because they are funded by Communist China. Smash Fascism really means Smash anyone who isn't Communist. Smash anyone who disagrees with them. That is exactly what they did 31 years ago in Tiananmen square and that is exactly what they are trying to do now in Hong Kong.

The current main stream media under the control of the Communist Party of China reminds me of the Irish Proclamation which states "The Republic guarantees religious and civil liberty, equal rights and equal opportunities to all its citizens, and declares its resolve to pursue the happiness and prosperity of the whole nation and of all its parts, cherishing all of the children of the nation equally, and oblivious of the differences carefully fostered by an alien Government, which have divided a minority from the majority in the past." In this case it's the MSM.

The mainstream media, funded by the Communist party of China claims that if you have a religious affiliation you are right wing. If you are right wing you are racist. In essence they are claiming if you are not Communist you are Fascist and we must smash you. That is their end game and I completely oppose it. Stockwell Day was fired because he is a Conservative. 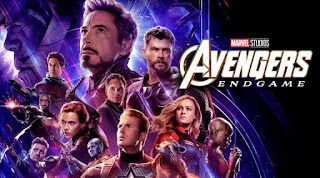 Update: Evidently after the Reform Party merged back with the Mulroneyites, Stockwell Day became a Corporate Communist supporting the Communist Party of China just like Stephen Harper. He is a Communist but he's not a racist. Just sayn. I guess he forgot to tow the party line. The Communist Party of China is trying to portray Canada as racist to distract us from Tiananmen square and Hong Kong. Stockwell Day was supposed to help them with that. He was also opposing China's cover up of the covid fraud and rightfully observed it started in Wuhan.