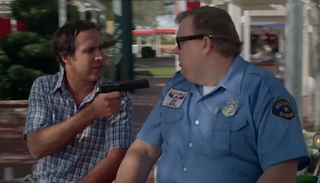 The Peace Arch News is reporting that "The Surrey RCMP is investigating a shooting in Whalley after a man was found suffering from a gunshot wound. He was taken to hospital and his injury is not believed to be life-threatening. At about 8:30 a.m. Tuesday police were alerted to a “disturbance” at a residence in the 12700-block of 104th Avenue. “Responding officers located two men fleeing from the home,” Corporal Joanie Sidhu said. She said further investigation revealed a third man fled prior to police arriving at the scene, and hasn’t been found. She said the “initial indications are that this incident was a dispute between parties known to one another."