The Beatles Revolution - All Lives Matter

"You say you want a revolution Well, you know We all want to change the world But when you talk about destruction Don't you know that you can count me out You say you got a real solution We'd all love to see the plan You ask me for a contribution We're doing what we can But if you want money for people with minds that hate All I can tell is brother you have to wait." 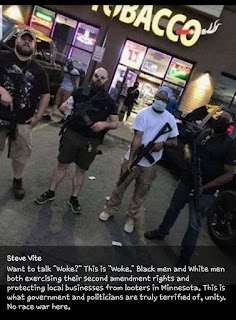 The New York Times showed a picture of two armed white men in Minneapolis defending businesses against looters and referred to them as rednecks. Shore News, which I'm assuming is from across the water in Jersey, showed the original picture the New York Post edited. The original picture showed two white men and two black men armed standing shoulder to shoulder defending small business. The Communist News Network is trying to create racial tensions in the hope that people will support Communism over Fascism. How about neither.

We will stand shoulder to shoulder in defense of civil liberty and the Constitution. Sailors rights. Protection of persons and property. Defend your community. Protect small business from thieves and criminals. Communists steal and loot because they want to rob your economic prosperity and your financial independence so they can make you slaves of the state. Not on my watch. 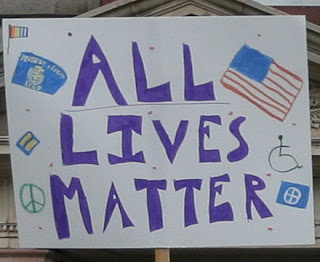 Here's some Vancouver white trash anarchists trying to exploit a cause to steal and loot. 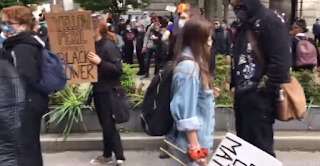 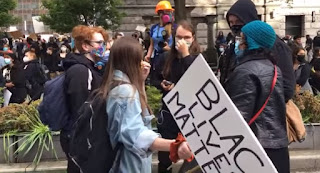 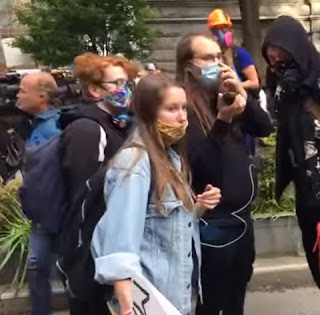 This is a brother in Vancouver defending Dan Dicks from a white trash anarchist.

I see that white trash tramp at these things all the time. Dan Dicks used to support the Anarchists. I guess he's going to have to reassess that now that he has seen what they are really about. 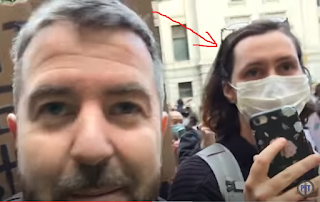 This is what the anarchist weasels in Vancouver do. They show up at a protest and challenge the police physically. When the police defend themselves they play the victim and cry police brutality. They are lame ass losers. The anarchists support the Communists. Bilderberg funds Communism so they can hijack the movement and make everyone slaves. I support law and order. 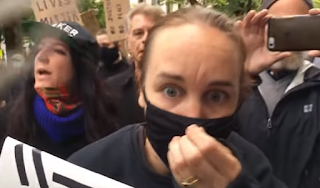 White trash anarchists abusing an elderly woman whose husband fought the Nazis in the war. This is what Greta the mentally challenged supports. I do not. Communists are liars and bullies. 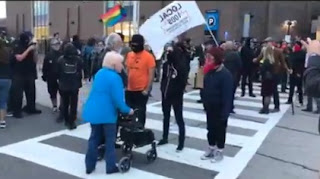 These white trash anarchists are yelling fascist scum get off the street to this frail senior citizen. She is not a fascist, her husband fought the Nazis in the war. This reveals their real definition of fascism. When they say Smash the Fascists they mean smash everyone who is not Communist. Smash anyone who disagrees with them. That is what they mean.