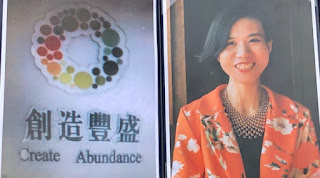 The Peace Arch News is reporting that "A 41-year-old woman has been identified as the victim of a homicide in South Surrey last week. Bo Fan was taken to Peace Arch Hospital by friends and family in the early morning hours of June 17, and later died from injuries consistent with a homicide, Sgt. Frank Jang of IHIT said during a press conference at Green Timbers Wednesday morning (June 24). Fan, a citizen of China, had been in Canada since February of 2019 and was living in the Grandview Heights area of South Surrey, said Jang. He would not divulge Fan’s cause of death or confirm where her injuries were sustained, but said it is clear from those injuries that she was a victim of homicide."

CBC is reporting that "Bo Fan had links to the self-help group Golden Touch/Create Abundance and that information from international media reports suggest it's a personal coaching group that has faced criminal allegations in China, and it appears there are also strong ties to the Lower Mainland." The whole idea of a spiritual self help group coming out of Communist China where they are persecuting people for their religious beliefs is pretty suspicious.

The Chinese State owned media claims it was a cult but they claim every religion is a cult.