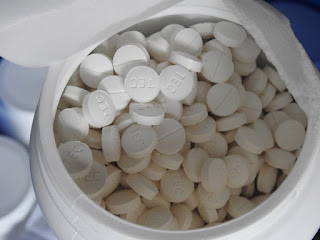 The Star is reporting that "Police said they raided one location in Oakville and four in Burlington. In total, they seized 123,700 fentanyl pills; 70 kg of fentanyl powder; more than 300 kg of bulk powder utilized as binding/cutting agent; one commercial-sized pill press;

"Project Javelin began in April 2020 with an investigation into a suspected methamphetamine production operation in Durham and Halton regions. The OPP said that investigators learned that it was, in fact, an illegal fentanyl tableting operation with connections to criminals in B.C." 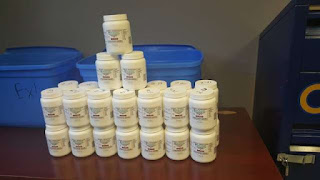 The Toronto Sun is reporting that "While executing a search warrant at a Pickering home, officers seized 53 kilograms of the unidentified substance — 42 kilos later confirmed by Health Canada lab results as carfentanil worth $13 million — 33 guns and other prohibited devices, including overcapacity magazines. Maisum Ansari, 33, of Oshawa was charged with 337 firearm-related offences and possession of the drug for the purpose of trafficking."

Maybe BC can contract out it's Gang enforcement to Ontario.