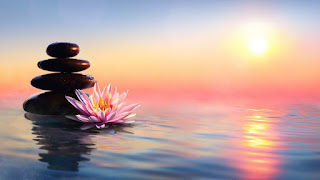 While we're on the subject, I'd like to address the topic or more accurately address the accusation of conversion therapy. One of the first things the main stream media repeatedly asked Leslyn Lewis was her position on conversion therapy. She simply said no one should be forced to do anything. People have the right to go to counseling. I agree.

That wasn't good enough for the leftist viper. She kept hounding her and repeating the same question over and over again despite the fact that she had already answered it. No one should be forced to do anything. End of story. That's all there is to it.

We should in all fairness define conversion therapy. To my understanding, the valid concern is the claim that conversion therapy is when someone who is LGBT are forced into a horrific deprogramming that tries to force them into being something that they are not. If such a thing really does exist, then of course that is not acceptable. If a kid is having mixed feelings about their sexuality and wants to go for counseling they are encouraged to do so. Counseling is a place where feelings are heard and validated as they are helped to process their feelings.

Sigmund Freud was a sexual deviant. Aside from being a cocaine addict that had sex with his patients, his theories are horrifically toxic. Freud claimed that if a women had been raped it was her fault because she secretly wanted it. That is totally f*cked up. Aside from being offensively false, it's going to make her commit suicide. That is not constructive.

Then the other extreme. Freud would also claim that if a man raped a woman it was because of the way his mother toilet trained him as a child. That is ridiculous. Aside from being completely false, it removes personal responsibility for one's actions. Oh it's not my fault, it's my mother's fault. That is absurd. We are all responsible for what we do and for the choices we make.

If a kid is questioning their sexuality and wants to go for counselling they are free to do so. Should the parent be notified? Of course they should because there are a lot of bad psychiatrists out there that can do a lot of damage to a child's mind. Does the parent have to know the counseling is for the child's sexuality? Perhaps not. Maybe the child is not ready to tell their parents and needs to talk about it in private. The parent should know what counselor the child is seeing because as I said there are a of of bad counselors out there on both sides of the fence. .

However, if a 40 year old man says to me he likes 12 year old girls or boys, I'd be like yo man that is f*cked up. That's not OK. You need counseling to help manage those feelings not validate them. Yet what consenting adults do behind closed doors is their business.

Conversion therapy is to be avoided just like Signumd Freud is. Kids need safe positive impartial counseling that doesn't force them one way or the other. However, if a 40 year old man says I like little girls or little boys then he needs help to manage those feelings because those kind of feelings should not be validated.

We find peace in life by balancing the extremes.