WHO launches Ebola outbreak in the Congo 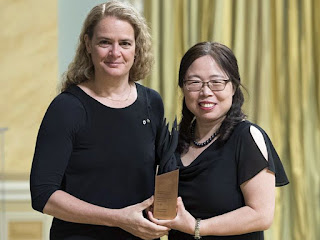 The World Health Organization is reporting that there has been a new outbreak of Ebola in the Congo. "Initial information from the Ministry of Health is that six Ebola cases have so far been detected in Wangata, of which four have died and two are alive and under care. Three of these six cases have been confirmed with laboratory testing. It is likely more people will be identified with the disease as surveillance activities increase."

“This is a reminder that COVID-19 is not the only health threat people face,” said Dr Tedros Adhanom Ghebreyesus, WHO Director-General. “Although much of our attention is on the pandemic, WHO is continuing to monitor and respond to many other health emergencies.”

The National Post is reporting that "The shipment of Ebola and henipavirus samples to Wuhan has given rise to groundless conspiracy theories involving Xiangguo Qiu. But there is no evidence whatsoever tying her to COVID-19." I wouldn't say it's a groundless theory. Great Game India has a lot of credible information posted. It is quite plausible. I just don't think the Canadian lab was studying the coronavirus. The Wuhan lab was.

Dr Fauci's foundation gave the Wuhan lab the grant to study COVID-1984 in Chinese bats. There were no bats sold at the Huanan Seafood Market in Wuhan. It doesn't take a brain surgeon to do the math. The virus the Wuhan lab was studying was released right after Bill Gates coronavirus patent in Europe was approved. That is no theory. That is the truth.