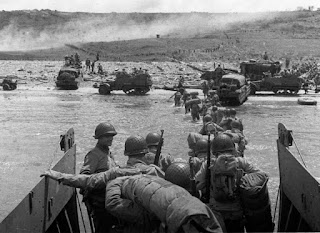 We need to implement VBR - Voluntary Business Restoration. My employer has been deemed an essential service and I thankfully get to work through all this chaos. Yesterday at work two grown men were filled with fear complaining about someone they knew. They are genuinely fearful about getting the virus. These are grown men not women and children. WTF would they do if we were asked to go to war and people were getting shot dead all around us. The fear freaks would sh*t their pants. Never mind storm the beach. They wouldn't even get out of the boat. 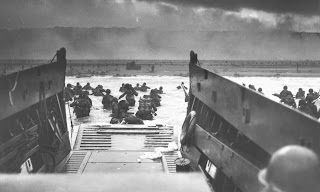 We have a noble history. I'm not going to pretend I was there during the Normandy invasion because I obviously was not. My mother's cousin was there. His name was Orville Edison Babcock. He stormed the beach and died a few days later from injuries he incurred at Normandy. He lived to see them take the hill. History has recorded his sacrifice and eternity will remember him as a hero because what we do in life echos in eternity. 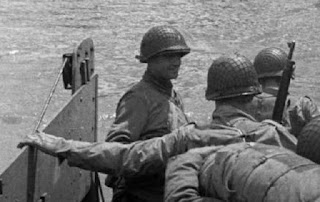 Facing COVID-19 in 2020 it's time to storm the beach. On March 17th I stopped by my local pub to see if it was open. It was. The Maître D was restricting the number of patrons to under 50 and everyone was evenly spaced throughout the restaurant all at a safe social distance. I quickly rounded up the kids and returned before the line up got too long. By the time we got back they had received a phone call from the Health board who shut them down. I was pissed. There was NO reason to do that. That was straight up Communism.

There was another couple who had arrived at the same time who said, we came to support local business. That's the same reason I was there. The government shutting them down killed all that business and all that tax revenue. Shutting down all the businesses and putting everyone on welfare is not fiscally feasible. That will implode and create a manufactured fiscal emergency that will make our democratic system collapse. That is exactly what the Corporate Communists want.

So basically, we're at war. We're here to fight so we can retain our democratic system against a foreign invasion. If the fear freaks were at Normandy they'd be too scared to get out of the boat. At that point I would say to them, I'm not going to lie to you. If you storm that beach there is a strong likelihood you are going to die. However, if you stay in this boat you are definitely going to die so you have nothing to lose. If you storm the beach there is a chance you will live. If you stay here there isn't. If you storm the beach, you will be part of something bigger than the both of us and you will help make a difference for future generations. That is how you will be remembered.

Recently, the City of Vancouver shut down a Tim Horton's for not obeying some new rule to their liking. We need to stop doing this. The government needs to step back and let supply and demand save the country from financial collapse. If people are too afraid of getting the virus they will stay home. The rest of us who are willing to take that risk and help save the country from financial collapse, will go to work and will shop. In so doing, they will help save the world.

The government needs to step back and let businesses operate. When people are working you don't have to pay them welfare. They also pay taxes off their wages. It's a win win situation for tax revenue and national debt. Recently Justin Trudeau has introduced a payroll supplement program where the government will subsidize employees wages. Why would you do that then close the business and prevent them from operating?

We need to let the businesses open so they can operate. The fear freaks will stay home. That's fine. They can just sit this one out. We will storm the beach. They can come out after it's safe and the war is over. Just stop preventing us from going to war for you if we are willing to take that risk. 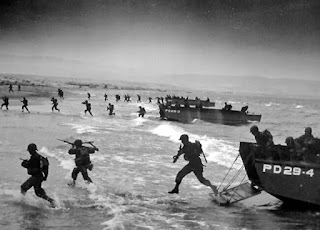