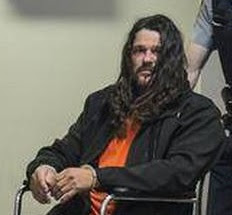 The Chronic Herald is reporting that "On May 31, the undercover officer attended the Hells Angels hang-around chapter’s clubhouse in London and met with Monahan, who informed him that cocaine was available from a member of the Hells Angels chapter in Oshawa, Ont., for between $48,000 and $50,000 a kilogram."

"The two men agreed that a third individual, another undercover officer, would purchase cocaine from Monahan in Oshawa the following week. Police were monitoring Monahan’s cellphone use and learned that he had elevated contact with a man in Orillia, Ont., after conversations with the first undercover officer about cocaine. That man was Mark David Heickert, who was a full-patch member of the Hells Angels in Oshawa."

"Monahan set up three more cocaine purchases at Heickert’s place, in July, September and November. Heickert met with the buyer each time, receiving $47,000 for one kilo on the first two occasions and $94,000 for two kilos in the last transaction. Immediately after the Nov. 1 deal, police moved in and arrested Heickert at his residence. He was wearing a Hells Angels T-shirt and had a Hells Angels tattoo on his right arm."

Mark Heickert is a member of the Hells Angels in Oshawa as is James Heickert. Hells Angels associate Sean Heickert was found guilty of the November 2007 murder of Bekim over drug turf which set off the Winnipeg gang war.