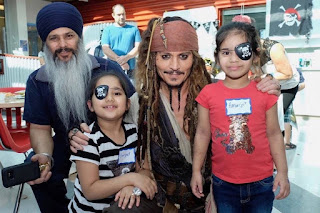 As I've previously said, I'm not one for celebrity gossip and I'm not one to get invoked in domestic disputes. Once bitten twice shy. Domestic abuse does exist and is heinous. However, getting involved in that is very high risk. I was in the New York City subway back in the /80s and we heard a woman scream after a man pinned her against the wall. As we rushed in and pulled the guy off of her, the woman began to scream "Don't hurt him!" I just looked at my friend in disbelief and said let's get out of here. Quite often, women who are abused go back to the abuser.

ET Canada is reporting that "Penelope Cruz is stepping up to defend Johnny Depp in his $50-million defamation lawsuit against ex-wife Amber Heard." She claims that "I’ve seen Johnny in so many situations and he is always kind to everyone around. He is one of the most generous people I know." Cruz's declaration follows a similar one from Depp's former fiancee Winona Ryder, who said that Heard's allegations of violence don't jibe with the person she knew. “The idea that he is an incredibly violent person is the farthest thing from the Johnny I knew and loved," she said in her declaration. "I cannot wrap my head around these accusations.”

Those are two pretty good character references and fall within the realm of believability since that appears to match his true character. I remember when he came to town and visited the kids in Vancouver's Children's Hospital. That seems to be the kind of thing he would do.

Don't get me wrong. I'm not always bros before hoes. I believe in supporting what's right and opposing what's wrong regardless of who is sitting at the table.

On that note, an audio clip surfaced where Amber Heard taped a private conversation with Johnny Depp after she punched him. She claims she did not punch him but admits she was hitting him and said "Sometimes I get so mad I lose it. I can promise you I can do everything to change. I can't promise you I won't get physical again."

In response Johnny Depp said "I do not want to leave you. I do not want a divorce, I do not want you out of my life. If things get physical we have to separate." That is spot on as they say in England. He nailed it. That statement shows the stability and nobility of his character. That was significantly different from Mel Gibson's response.

I've seen some of the other side of this. Some women think they can rage on and hit a man all they want and as soon as he hits her back, then that's abuse. Men should never hit women but it goes both ways. Women should never hit men either. Healthy relationships are respectful.

It does kind of look like Amber and James Franco were trying to fleece Johnny. 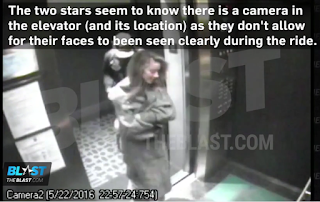 If he never hit her at all and she made it up then she's trailer trash. Given the fact that she admitting hitting him and couldn't promise to stop means her accusations are not credible. 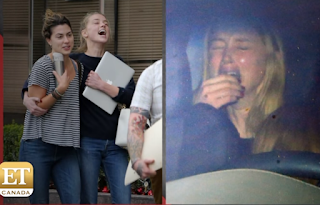 The morning breaks, the shadows flee. Light chases out darkness. A new day has dawned. 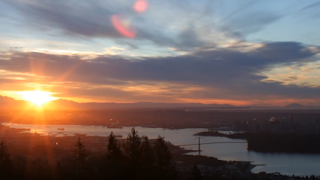