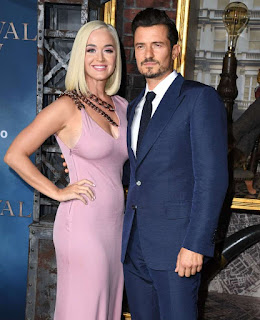 I do despise celebrity gossip. However, this one is heartwarming. Wonder wall is reporting that "Katy Perry and Orlando Bloom are reportedly looking to start their new life in the Land of the Rising Sun" over the summer." They're engaged. Not only that but she's expecting.

The Independent is reporting that "Katy Perry has revealed she is expecting her first child with fiancé Orlando Bloom. On 5 March, the singer released the music video for her new single 'Never Worn White', off her upcoming fifth studio album. At the end of the short film, the 35-year-old is shown cradling a baby bump. Following the music video’s release, the musician took part in an Instagram Live video with her 90.5m followers, in which she confirmed that she is pregnant."

Katy Perry is kind of known for being a bit of a teenage hothead with a repertoire of heated juvenile breakup songs that appeals to her little girl fan base. Yet Orlando Bloom is stable and classy. I think it's a nice fit. The yin and yang so to speak. Perhaps Katy Perry is maturing and mellowing. She appears ready for motherhood. Congratulations. That is a wonderful time. 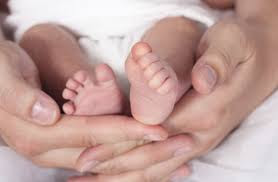 I had Katy Perry mixed up with Taylor Swift. I don't know what Katy Perry sings. I think dating an older man would be good for her. Older men aren't gamers and realize it's not all about them.