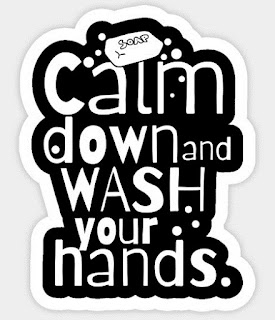 Update: CBC is reporting that "Canada and the United States have agreed to restrict non-essential travel across the border as both countries try to slow the spread of the novel coronavirus - but they insist key supplies will still flow between the two nations."

First things first. I'm going to address the Pandemic Pandemonium and then I'm going to dive a little further into the Amber Heard fraud. Everyone needs to calm the f*ck down.

The Surrey Leader is reporting that "Prime Minister Justin Trudeau says Canada will close its border to all who are not Canadian citizens or permanent residents to slow spread of COVID-19. The Prime Minister said citizens of U.S., Mexico, the Caribbean, Saint Pierre and Miquelon, as well as commerce, trade will be allowed in and out of the country."

Keeping the border open for trade and commerce is essential. We don't need to make a bad situation worse. As for telling all Canadians to come home so they'll be safe - why? Warmer countries aren't getting hit by the virus like other countries are. Go where the work is.

There was a lot of speculation coming up to today's press conference. People said they're going to shut the country down like Italy. I was like WTF? What Italy is doing, isn't working. We should not be following their example. We are leaders we are not followers.

During the press conference one reporter was grilling Justin Trudeau about the government's response and asked him twice if his government had made any mistakes in their response to the virus. I'll answer that for him. No he hasn't. Less government intervention in our lives is always better than more. We don't need someone telling us what we can or can't do. We all have to go to work. We don't need a bunch of Yuppie Communists stopping us from going to work and we don't need our government stopping us from going to work. That wouldn't be like shooting ourselves in the foot, it would be like shooting ourselves in the head.

As I have said, the global mortality rate for COVID-19 is 3.4%. That means 96.6% of the people who get the virus recover from it. If you are under 50 then it's a 98.2% survival rate and if you are under 20 it's a 99.8% survival rate. Getting the virus and recovering from it means we will build our immune system against it. There is no reason to panic. "For God hath not given us the spirit of fear; but of power, and of love, and of a sound mind." 2 Timothy 1:7

"Though I walk through the valley of the shadow of death, I will fear no evil." Word. 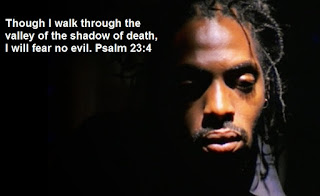