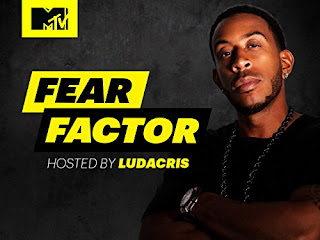 I'm going to make one more post about the fear factor but before I do, have a look at what these medical professionals are saying about COVID-19. Dr Sucharit Bhakdi states that "[The government’s anti-COVID19 measures] are grotesque, absurd and very dangerous […] The life expectancy of millions is being shortened. The horrifying impact on the world economy threatens the existence of countless people. The consequences on medical care are profound. Already services to patients in need are reduced, operations cancelled, practices empty, hospital personnel dwindling. All this will impact profoundly on our whole society. All these measures are leading to self-destruction and collective suicide based on nothing but a spook."

Dr Joel Kettner states that "I have never seen anything like this, anything anywhere near like this. I’m not talking about the pandemic, because I’ve seen 30 of them, one every year. It is called influenza. And other respiratory illness viruses, we don’t always know what they are. But I’ve never seen this reaction, and I’m trying to understand why."

CTV is reporting that "The COVID crisis was the last straw for Steve Nash Fitness World and Sports Clubs. All employees received an email from the company on Tuesday that the company was shutting down its 24 locations and everyone was being terminated." That sucks.

I realize fitness world was under fierce competition from the new Trevor Linden chain and all the disco gyms out there and that this was indeed the straw that broke the camel's back but I really liked that gym. We need to face the fear factor with common sense because far more people are going to die from losing their job then from the virus.

Recently a mother was out riding bicycles with her children and one fear freak screamed at her because her kids were too close together and weren't following a safe social distance. This is where you cross the line and become circus freaks.

I'm all for social distance but we need to use common sense. On Saint Patrick's day I went to a local pub to see if they were open. They were open and were following safe social distances. They were only allowing 50 people in the restaurant at a time and everyone was spread out across the restaurant with large spaces between them so I called my kids and we went there for dinner. Only by the time we came back they had been shut down. That was straight up Communism. What they were doing was fine. Now they are only allowed to sell take out and that longstanding business pillar in our community will fold because of government intervention.

There is no reason the Mall has to be completely closed. Businesses are taking a colossal hit with this and if we don't step in it will wipe them out completely. This over fear based reaction is stealing the bread off of our tables and is robing our children's future with unnecessary debt.

When I was a chef, we would work with germs every day. You had to be especially careful with raw meat. Raw chicken has salmonella and raw pork has trichinosis. That is why you have to cook them completely at over 140 degrees. You can't put any cooked food on a cutting board you used to cut raw meat on unless you thoroughly wash and sanitize that cutting board. Cross contamination can make people sick. None of us refused to go to work because of germs.

This is not the first time the earth has been smitten with a plague and it certainly won't be the last. Leprosy is way worse. COVID-19 is pretty lame in comparison. I remember seeing pictures of Princess Dianne holding hands with lepers. That woman was a saint. She was fearless. Now I guess she'd get arrested for failing to maintain a safe social distance. 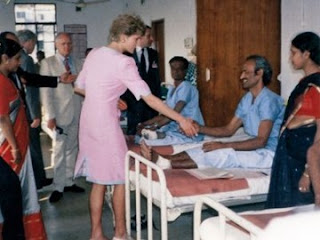 World War I and II were a coming of age for Canada. A lot more than 2% of the soldiers who went to those wars were killed in battle. A lot of soldiers and their families took that risk and made that sacrifice. They rose to that challenge. Now look at us. We are running around in circles terrified of our own shadow. It is disgraceful. It is embarrassing. It is shameful.

Italy's lock down has been a complete failure. South Korea flattened the curve without a lockdown. So can we. Canada was built with hard work and sacrifice. It wasn't built with fear. We need to open our malls and restaurants and get back to work. That is what we need to do. The fear freaks can self isolate until the cows come home. The rest of us need to get to work while the fear freaks maintain a safe social distance. Lest we forget, our freedom was bought with a price. 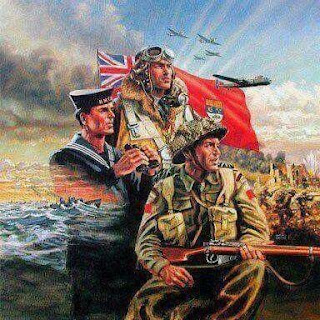 Stand back all you whiny as b*ches. I've got a solar power laser beam guitar so I do and this old man is gonna kick it. We're gonna fight this so we are. Lead, follow or get out of the way.

Posted by Dennis Watson at 3:18 PM