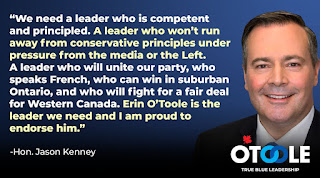 City News is reporting that "Alberta Premier Jason Kenney, king among leaders of the conservative movement in Canada, is endorsing Erin O’Toole to lead the federal party." King among leaders? Jason Kenny is a dick. He committed fraud to win the Conservative leadership in Alberta and he is deeply involved with price fixing as he knowingly f*cks over Metro Vancouver at the gas pumps. Nevertheless, I do not support Peter MacKay.

Peter McKay will not make any progress in Quebec and without Quebec the party will not win the next election. Erin O’Toole was born in Montreal so that would be a step forward from Peter MacKay. Nevertheless, I'd like to see who else is running before I make a declaration. 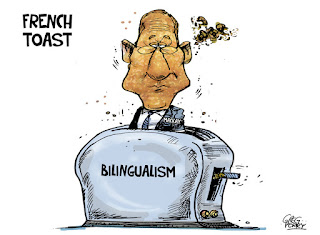