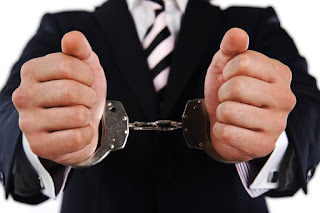 Keith Fraser is reporting that "A judge has thrown out a lawsuit filed by disgraced former lawyer Martin Chambers over a property dispute on Vancouver Island dating back more than 15 years."

In 2015 Stockwatch reported that "Martin Chambers, who recently returned to Canada after spending 13 years in a U.S. prison, has filed a lawsuit in the Supreme Court of British Columbia against his former common law spouse, Qing Zhang. He complains that she cut him off from his money in 2009 and, without his consent, withdrew $3.19 - million from corporations he controlled." That notice of claim was filed at the Victoria courthouse July 2nd 2015.

In 2014 Ian Mulgrew reported that "Once dubbed the Lex Luthor of crime, disgraced but not disbarred, former Vancouver lawyer Martin Chambers is squaring off against Ottawa in B.C.’s highest court. At 74, the once-incandescent sex, drugs and rock’n’roll legal playboy wants to return home from his American prison cell after serving more than 12 years of a 15-year, eight-month sentence for money laundering."

Money laundering is also a big problem in Greater Victoria real estate and nightclubs but that's not all. In 2015 the Vancouver Province reported that "Money laundering experts say there is no way for Canadians to know how much dirty money is being laundered in Vancouver real estate through Canadian lawyers. As a Province investigation revealed Monday, Canada’s financial intelligence unit Fintrac has ramped up an audit of Vancouver’s booming property market because of concerns that realtors may be turning a blind eye to money laundering."

The key word there is laundered in Vancouver real estate through Canadian lawyers. In 2017 Kim Marsh, the former head of the RCMP’s International Crime Unit said “Lawyers, they’re the biggest problem with money laundering in this country, as far as I’m concerned.”

William Majcher is a former RCMP undercover investigator who brought down a lawyer that laundered money for the Haney Hells Angels which was tied to the murder of Ernie Ozolins. The lawyer that he brought down was none other than Martin Chambers. So this Martin Chambers was laundering money for the Haney Hells Angels. Just sayn.

In 2017 William Majcher swore a court affidavit explaining the corruption he saw as a RCMP investigator with lawyers laundering money. Bill claims that Lawyers have become key players in money laundering operations because they are exempt from a federal requirement to report suspicious financial transactions. "My experience is that it's a widespread problem."

Insp. Majcher said Mr. Rosenfeld told him it was "twenty times" easier to launder money from Canada than the United States. He was also told during the investigation that five lawyers in Vancouver regularly laundered $200,000 a month through trust accounts in return for a 7-per-cent commission. Other lawyers used offshore accounts, stock market scams and foundations to hide illicit cash, Insp. Majcher testified. So what happens when a crooked lawyer becomes a judge?

Not above the law? The role of lawyers in combating money laundering and illicit asset flows.