Navigating past insanity during the storms of life 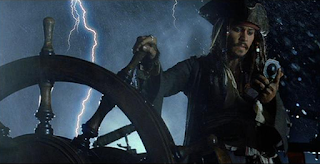 They say during a storm, ships at sea are greatly benefited from a small rudder. The rudder steers the ship and turns the vessel to face the waves during a storm so it doesn't capsize. Anyone who has done any ocean kayaking in Tofino knows that when launching or landing a kayak in large waves, you have to face the waves head on. So too with the storms of life.

Whenever I speak to youth I always encourage them to travel and see what life outside the fishbowl is like and not to be a leaf in the stream. A boat with a rudder steers it's own course in life and controls where it goes. It doesn't simply follow the path of least resistance.

TBM likes controversy. They like to ask questions and get people thinking for themselves. This is a good thing. Benjamin Franklin once said, "Any Nation that expects to be ignorant and free, expects what never was and never will be."

Recently TBM made a post about the COVID-19 virus with a meme that says: "OMG a virus with a 98% survivability rate." They ask is this real or is it a hoax? It is real in the sense that any other flu virus is real. However, the mainstream media is indeed feeding the panic and blowing the situation completely out of proportion. There is no reason to implement martial law over a flu bug.

Tom Hanks and Oprah Winfrey are not pedophiles. Often the CIA will infiltrate grass roots movements to steer them off course. QAnon is the perfect example. David Icke is another.

In a recent interview, David Icke describes a global conspiracy. That global conspiracy is very real. However, it has absolutely nothing to do with a reptile race. This is where valid concerns cross over into the realm of insanity. 9/11 was a controlled demolition. Thermite was found in the ruble which was used to blow out the load bearing beams to make the towers collapse at freefall speed into it's own blueprint. It was not the result of a thermonuclear device.

Alex Jones put out an excellent documentary about President Johnston recalling the air support for the attack on the USS liberty. His statements in that video were later confirmed by the book, Remember the Liberty. Almost Sunk by Treason on the High Seas.

Yet Alex Jones' claims that Sandy Hook was a hoax and didn't happen were over the top. I do agree a lot of mass shootings are engineered. They are however, very real. Anderson Cooper was caught using a green screen in a Sandy Hook interview pretending he was there when he wasn't. That doesn't imply the shooting never happened.

Likewise another mass shooting in Orlando was very suspicious. The number of rounds fired was a clear indication that there was more than one shooter. That was the shooting used to rationalize banning assault rifles in the US. When we see how quickly the government is trying to implement martial law over a flu virus we see why gun control in our day is a very bad idea.

Green Justice strives to balance the extremes. We strive to unite the Occupy movement with the Tea Party. This is where left meets right: at the dead centre in perfect balance. The other place where left meets right is at the other end of the spectrum where Communism and Fascism both become dictatorships. Draw a line in the sand and call it democracy. The further away from that line to the left or the right, the further away from democracy you get and the closer you get to dictatorship. Buyer Beware. Finding peace in life by balancing the extremes. 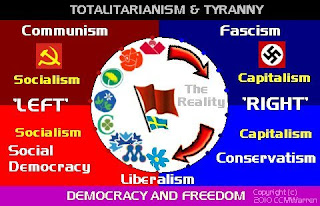