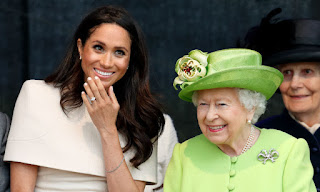 A coworker form Belfast showed me a funny video on his phone of the Queen wishing everyone a Happy Saint Patrick's Day. I'm trying to find it so I can post the link. FYI In the winter of 2018 80,000 people died of the flu in the U.S. Stop panicking and calm the f*ck down. More people are going to die because you wouldn't let them go to work than they will from the virus.

Today I checked out a local pub to see if they were open and came back with my kids to support local business. The restaurant got a call from the health board and shut them down. That is straight up Communism. This response represents Justin Trudeau's epic fail which has been spoon fed by the main stream media who consistently blows things out of proportion.

The QAnon cult claim this whole COVID-19 scare is a hoax. They claim it is fake news. COVID-19 is real but the MSM is completely misrepresenting it. On the front page of today's Vancouver Province read 4 fatalities in BC from COVID-19. Add that to another senior citizen in Ontario and that makes a grand total of 5 deaths in Canada. These are all elderly people in care homes.

In 2018 CTV reported that "As of Jan. 13, there have been 20,349 lab-confirmed flu cases, 2,168 hospitalizations and 82 deaths so far this season, according to the Public Health Agency of Canada." In 2018 we had 82 deaths from the flu in Canada and in 2020 we have had 5. That is a significant decrease. This Communist iron curtain attack on small business needs to come to an end. The health board has no right to shut down a local business in this situation.

If the Queen was to address the nation on this matter, we know what she would say. She'd say best foot forward. Roll up your sleeves and get to work. The Irish have heart and the Brits have grit. The bombs can be falling but nothing is going to stop them from interrupting their regular routine and having tea at the proper time. I'm not a tea guy myself, I'm a Guinness man but you get my point. When the going gets tough, the tough get going.

The National Review is reporting that "Last Tuesday, with lockdowns spreading throughout the world as the extent of the threat posed by COVID-19 became clear, videos circulated of tens of thousands of people at a Stereophonics gig in Cardiff, Wales, jumping up and down, singing along to their favorite songs."

"France, Belgium, and Ireland had all canceled sporting events. English soccer authorities would eventually follow suit, suspending the Premier League by themselves. But the U.K. government had not banned — and, as of now, still only discourages — mass gatherings. Many are left wondering: What does the British government know that the rest of the world doesn’t? How can its approach be so different from that of other countries’ governments?"

We know that what Italy is doing is not working. Italy is then a bad example we should not follow. "On Friday, Britain’s chief scientific adviser, Patrick Vallance, said that 40 million people would need to catch the coronavirus to build up herd immunity. He said that the government’s approach could help reduce the peak of the epidemic, pull it down, and broaden it while protecting the elderly and vulnerable." Exactly. That is common sense.

Justin Trudeau's mindless response is to shut down tax paying businesses and promise to print money and hand it out like Candy. That will not work. If you stop local businesses from operating and start printing up money and handing it out like smarties, soon your money will be worthless. People need to go to work. The government needs to stand down and let people who want to work work. Overreacting from misplaced fear is not healthy and will create a national disaster. 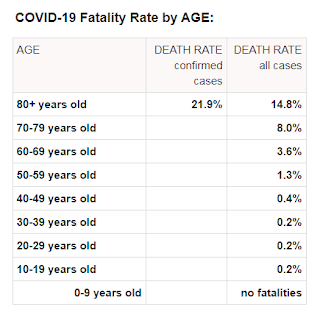