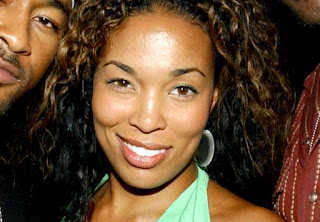 Sporting News is reporting that "The ex-girlfriend and mother of Floyd Mayweather Jr.'s three children, Josie Harris, was reportedly found dead in her car on Tuesday evening outside her residence in Valencia, Calif. Harris was 40 years old. The Los Angeles Sheriff Department was notified at approximately 10 p.m. local time. When they arrived at Harris' home, she was found to be unresponsive. Police say that foul play isn't expected. " AYFKM?!

"Mayweather and Harris had a tumultuous relationship, with the boxing icon serving two months in prison when, in 2010, he was convicted of domestic violence against Harris."

"Harris was in the process of writing a book to help those who have gone through domestic violence" and she just decided to set that aside and commit suicide. Not a f*cking chance.