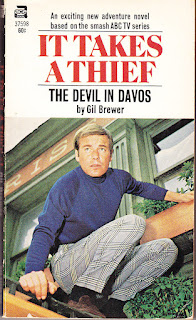 I see that Rebel News and True North are both covering the World Economic Forum's convention in Davis and so they should. There's also an American girl there named Savanah Hernandez. God knows we won't be getting the truth from the mainstream media. At first I thought why give those clowns any attention? Just ignore them. Then I see how the mainstream media is misrepresenting them. It's absolutely insane.

Global Fake News is reporting that "As World Economic Forum begins, Oxfam urges for windfall tax on food companies." AYFKM? Europe and the UK are struggling with a manufactured energy crisis. They can't afford to heat their homes this winter. On top of that, everyone is facing record inflation levels. The price of food has skyrocketed because of rising fuel costs.

The rising fuel cost is another manufactured emergency. The conflict in the Ukraine was provoked and could have easily been avoided. It was planned by this Satanic cult now meeting in Davos. It was an excuse to stop the second natural gas pipeline to Germany which would have prevented Europe's energy crisis. Changing Germany's industrial coal plants over to natural gas would have greatly improved Europe's air quality and greatly reduced world C02 emissions. So the WEF's song and dance about having a concern for climate change is a bold faced lie.

The provoked conflict in the Ukraine was an excuse to stop the second natural gas pipeline and to drastically cut oil production through a boycott of Russian oil. Oil monopolies are never good for consumers. Ever. Donald Trump got the US off Saudi oil and Joe Biden got the US back on Saudi oil after he cut domestic production using fake environmentalism.

Pipelines are green. They reduce transportation emissions down to zero. Transporting oil from Saudi Arabia created a lot more C02 emissions that using domestic production. So we see the manufactured spike in fuel costs was well planned. When the price of fuel rises so does the price of food because everything we buy in the store gets transported there by trucks. Now Oxfam wants to tax the food companies after they spiked their transportation costs which will make food even more expensive. They're supposed to be anti poverty. They just want to make everyone poor. Oh the cunning plan of the evil one. That's exactly what this is - evil. Pure evil.

I asked for a photo
The officer said “no, it’s controversial”
Finally said yes without his face:)
He Emphasized “this is not official” pic.twitter.com/nNOoH3fds3