Google deleted another blog post. That's not news but when I read the old post they deleted, it reminded me of a few things. I've reposted it on my mirror. They claim it violated their policies. It did not. That is a lie. That's just a convenient excuse for censoring the truth and anything that contradicts their partisan position. Once they delete it, no one can check to see if there was anything in it that was false or a violation of their policies. That's why I repost them on my mirror so people can see for themselves exactly what was said and what was censored.

The title of the most recent post they deleted was Dr Vernon Coleman publishes white paper on Covid-19. Before I expand on how the pendulum has swung on death rates, I want to mention one of the images in that post that explains why Laura-Lynn Tyler Thompson was banned from YouTube. She has since been readmitted but I follow her on Rumble instead.

Laura-Lynn was banned from YouTube for discovering an anomaly. At the time, CTV reported that since the beginning of the pandemic, 10,947 people have died from Covid 19 in Canada. Then they said 10,781 of those deaths were the elderly living in care homes. Laura-Lynn was rightfully all over that. It meant that according to their own numbers, almost everyone who had died from Covid up until then were the elderly living in care homes. That meant the lock downs were clearly not justified. That was an important statistic and a valid concern.

I took it one step further. If that many seniors had died from Covid, and the same number of seniors died that year as the year before, that meant they were falsifying the death rates and basically saying everyone who died in a care home that year died of Covid.

Dr Vernon Coleman took it yet another step further. He, like many other outspoken medical doctors, said the overall death rates in the world that year had not increased from the previous year or the year before that. For that reason he said the pandemic was a fraud. The death rates showed that it never happened. We all now that Covid is real and that people can die from Covid. Just like they can die from the flu. Dr Vernon Coleman pointed out that during Covid deaths from the flu were zero. That shows you everyone who died from the flu was counted as having died from Covid. YouTube banning Laura-Lynn for telling the truth was abominable. Just like Google deleting that blog post was. It reveals their agenda and destroys their credibility.

Google used to be considered a really nice place to work. I wrote about that movie the Internship and said how funny it was. However, when you think about it, what kind of person can feel good about deleting everything about the Tienanmen square massacre from Google's search results in China? How can you do that and think, I did a good thing today. Sadly Google has become a dystopian Utopian. Censoring the truth is abominable.

Dr. Hodkinson was another outspoken medical doctor who said "Covid does not cure cancer and lockdowns do not cure heart disease. The fact that those deaths dramatically dropped during the lockdown show they have been falsifying the death rates all along."

Not only did Dr. Hodkinson notice that the overall death rates had not risen during Covid but he also noticed that the death rates for cancer and for heart disease dramatically decreased. He rightfully concluded that they had been missclassifying those deaths as well.

We saw that during Omicron. They kept saying Omicron as going to be worse than Covid. It wasn't. It turned out to be less severe than the seasonal flu. Dr Kelly Victory appealed for calm and clarified that when viruses replicate themselves they get weaker not stronger.

Yet I had a coworker who's elderly relative died of cancer during Omicron. Since they had a positive PCR test which is completely unreliable, their death was classified as a Covid death when it clearly was not. That's how they falsified hospitalization rates during Omicron. They gave everyone in the hospital a PCR test. If they were in the hospital for an operation or for whatever reason and the PCR test showed positive, they claimed all those people were in the hospital for Covid when they clearly were not. Many of them had no Covid symptoms at all.

We regularly saw that during Omicron. People with no symptoms had a positive PCR test and were told they had Covid. Renowned virologist Dr Alan Mordue from the UK boldly declared that there is no such thing as asymptomatic cases. For a case to be considered, you need symptoms and a positive test. One without the other is not a case. The media had been lying to us all along.

That was during Omicron. During Covid first wave it was much worse. The media would lie and say all these hospitals were full of dying Covid patients lined up out the door and on the street. Then people would go there with their phone and film an empty hospital. I remember seeing a video by a radio host filming an empty hospital in California right after the media lied and said it was overflowing. YouTube deleted that video because it violated their policies. That was freaking George Orwell. At least now we have rumble, bitchute and a host of other video sharing platforms including Twitter. Now we just have fake fact checkers that would say that video is fake, That empty hospital they filmed was really full.

Those were the stats that I had forgotten about until Google recently deleted that old blog post. However, now we can see how the pendulum has conclusively swung in the other direction. Since the vaccine roll out, overall death rates have indeed increased. Now it looks like a pandemic but it didn't during Covid. Just sayn. Times have indeed changed so they have. 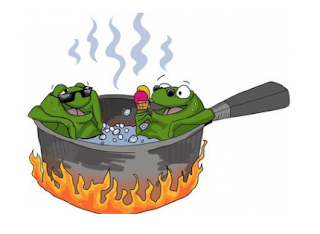 This is why I boldly declare that China Uncensored has been hijacked by the CIA and is posting false information about Covid in China as we speak. As I said, there is another "independent" media outlet that reports on China and has also been taken over by the CIA and is also posting false information about China's current Covid numbers and death rates.

We saw the push back form China's zero Covid policy over Omicron. We also saw how the use and misuse of QR codes in China were manipulated to restrict people who protested from traveling. It had nothing to do with systematic cases. Now the CIA is bombarding us with false Covid numbers in China to justify QR codes and lock downs. Buyer Beware. When viruses replicate themselves they get weaker not stronger. You can fool some of the people some of the time but you can't fool all of the people all of the time.