The Phoenix rising out of the ashes 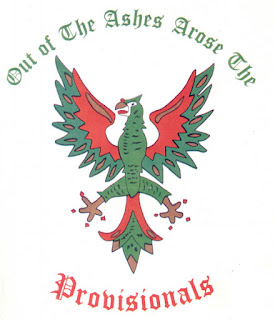 Today I want to talk about rising above discouragement and how that relates to the Phoenix rising out of the ashes. I've been struggling a bit lately just like everyone else. I've been stressing about the cost of housing, inflation, interest rates. It gets a bit overwhelming so it does. Ya just feel like you're working your a*s of and you're not getting anywhere. Ya just keep spinning your tires. There's nothing on TV I like. I kept trying to find something on Netflix but there was nothing there. Except for Derry Girls. I think that's hilarious. It reminds me about what it was like back in the day.

I brought down my daughter's old flat screen TV and hooked it up to an old DVD player so I could play some CDs. I really like Five Times August's album Silent War. However, all the crazy sh*t going on gets to be a bit too much. Red pill, blue pill how about no pill. I dusted off some old music CDs and found a three pack I used to listen to called Stay Calm and Carry On.

Now I know everyone makes fun of that stupid saying and have turned it into a million different memes but last night when I put it on I found it very soothing. I thought about the song Carry on my Wayward son and the remix those two young girls made of it. It spoke to me. They say the Irish have heart but the Brits have grit. When the going gets tough they're all Mary Poppins best foot forward. Every community has good and bad. Now I'm not condoning everything the IRA did nor am I condoning all the invasions England have been involved with. I will say that Hong Kong was better off under British rule than Communism yet I do support self determination.

So I'm listening to this music pondering the solemnities of eternity so to speak and I look up at two prints I have on the wall. One is of a dragon the other is of a Phoenix. They're copies of the ones Clay Roueche painted in prison. I'm thinking about how often our plans in life can go to sh*t but then in the end our life can transform into that Phoenix rising out of the ashes. That's kind of why suicide freaks me out so much. If you give up, you'll never know what the future held for you. Tomorrow could have been a better day. Everything can change in a New York minute. If you give up now you will miss that. It always gets darkest before the dawn. Don't give up just because it gets dark out. Behind the dark clouds the sun is still shining.

Then I remembered that the Phoenix was also the symbol for the Provisional IRA. This blog post is not about supporting the Provisional IRA. This post is about understanding how the idea of the Phoenix rising from the ashes can inspire us to rise above life's challenges when things don't work out they way we had planned. In the movie Finding You there was a drunk who was a talented musician. He helped mentor a young girl in teaching her to express her passion through music. She was dealing with some grief and he said Life rarely turns out the way we had hoped. You need to learn to play the sorrow as well as the joy. They go hand in hand like day and night.

She started to play the violin with passion after that. The movie Finding You was really about Finding Yourself because both characters went through some soul searching and self discovery. We all have different ways of coping with loss and disappointment. Some turn to addictions yet that's the road to self destruction and self harm. It doesn't solve anything. When we wake up the same problems are still there only worse. We need to learn how to process our loss so we can move on and become the people we were meant to become. Tomorrow will be a better day.