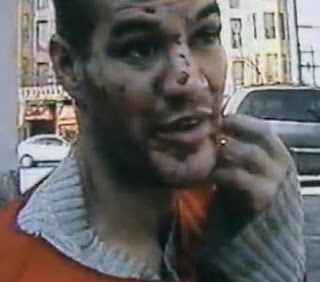 A blog reader posted a few links in the comment section and I wanted to discuss and link to them directly. It's another look at harm reduction. It's a look inside ourselves that forces us to ask ourselves what are we and what do we endorse?

the Harsh Reality of Drug Addiction

Looking at the videos is a glimpse inside the Downtown East side. I say glimpse because most there don't like cameras or to be photographed. Yet all one needs to do is to walk downtown with a camera on welfare night stepping over all the bodies on the ground to realize something isn't working. This knowledge begs for social justice.

Each addict has a story. Many have experienced horrible events and use drugs to escape those haunting memories for temporary relief which in turns compounds the problems and the misery. Looking at the situation, one is filled with compassion for the addict. Beat cops are essential yet the hunter looking for prey attitude isn't the right one unless it's directed at the drug dealers not the addicts.

The dealers are the ones profiting from the misery. They are the ones pushing women out of windows for drug debts. If a beat cop is a hunter looking for prey surely the hunt isn't a long one. Install cameras outside Carnage centre and arrest all the drug dealers. Don't beat the addicts. They have been beaten enough.

I remember the memorial of a Canadian solder from Edmonton who died serving in Afghanistan. His name was William Turner. They said he was the kind of guy who would say "Hi my name is Bill. I'm here to help." That is the kind of soldier we need walking the beat in East Van. One who doesn't kick the cat and arrests dealers.

Captain Trevor Greene was wounded in Afghanistan and has a moving recovery story. Some criticize him of being naive for removing his helmet and speaking with the elders. I say not. I just think he should of had one of his fellow soldiers watching his back while he spoke with the elders. He was attacked from behind with an axe.

He wrote a book about the missing women in East Van before he went to Afghanistan called Bad Date, The Lost Girls of Vancouver's Low Track. Harm reduction needs to change. Inspector John McKay is a good man. Follow him.

Through a Blue Lens