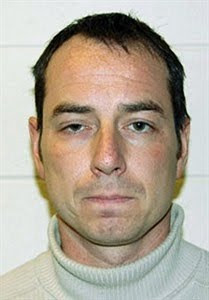 Well the news never ceases to amaze me these days. Benoit Guay was a former police officer in Montreal who turned serial rapist. There are several things about this story that concerns me. The guy was a police officer for 13 years before he was arrested for multiple armed rapes. That is a huge betrayal of public trust as was the Commander wing nut case.

The other thing that concerns me is the whole concept of statutory release after serving two-thirds of his sentence. As recent as last summer, August 2010, he was denied early parole because of his notable lack of empathy. He said "I will always be afraid of myself. This problem is something that will never go away."

"Benoit Guay sodomized a 15-year-old girl. He sexually assaulted four others, mostly teenage girls. He used a gun to threaten victims into silence. He physically assaulted another three. For all this, including the presumed higher standard on police not to abuse the privilege of carrying a weapon, he received an eight-year sentence – at the Crown's request. By the peculiar math of Canadian justice, he is to be released to a halfway house at the four-year point."

The whole argument of Statutory release rises because they say instead of releasing a criminal straight into society, it's better to wean him in gradually through a half way house so we can keep an eye on him. That argument does have merit. However, the way it is currently used mocks justice. If someone is a dangerous offender with a high likelihood of re offending, you keep monitoring him. His release is conditional. Otherwise, the dangerous offender is not released.

Those are two realistic steps that we can take that would protect the public without abandoning the hope of rehabilitation. Speaking of rehabilitation, we haven't heard from the balcony rapist in a while. No news is good news.