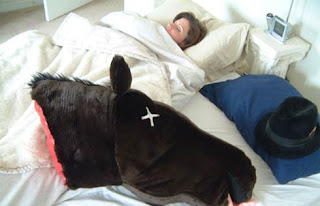 Not to flog a dead horse but it's obviously imperative to look at the root cause of the gang war if we have any hope of stemming it. A resurgence in daily shootings and executions has the public wondering if the gang war is starting again.

I had to chuckle when I recently heard a police officer talk about how things have improved since last year with all the gang related shootings. Maybe that meant the bad guys won and they eliminated all the competition I said. Well that was short lived because the shootings have started up again. So who's really to blame?

One thing is clear, the gang war is a fight over the profits from the local drug trade. Quebec had a long biker war that lasted many years which was the same thing - a fight for control of the drug trade in which the Hells Angels and the Rock Machine were the active participants. That is history.

Take Prince George in BC for example. The Hells Angles control the drug trade there and are directly responsible for the drug related violence there. I'll admit the Hells Angels are very good liars. The spoof about just being a motorcycle club is no longer believable but their ability to create a massive maze of puppet clubs to avoid incarceration has been very effective at creating plausible deniability of direct involvement.

When examining the historical origins of gang wars in Canada it doesn't take a brain surgeon to do the math. Winnipeg has indeed become the Rosetta stone for deciphering organized crime in BC. Agent 22 and Eric Sandberg. Remember Eric? Eric was from Winnipeg originally and met with agent 22 in Vancouver. Both were Hells Angels associates.

Eric Sandberg claimed he could acquire any type of gun the agent wanted and spoke of plans to "wipe out all of the competition in Surrey." He plead guilty to being involved in a Hells Angels drug smuggling operation and was sentenced to 5 years in total.

That little tid bit of information is of profound significance in determining the root cause of the Vancouver Gang war. The Hells Angels said they were ready to wipe out all the competition in Surrey and employ a vast maze of puppet clubs as well as hired hit men to do their dirty work while they sip champagne in a rich Kelowna neighbourhood overlooking the lake. For some, crime does pay. When they have ears and associates to take the fall for them.