The Highway of Heroes 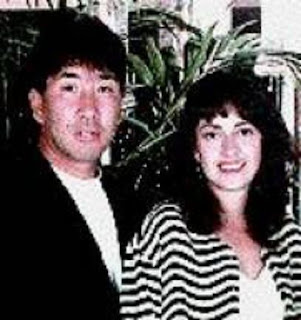 I just wanted to pause for a moment of silence as we recognize some of our real heroes who have fallen in the service of domestic peace. Eugene and Michele Uyeyama are the first heroes on the list.

Eugene Uyeyama was a police informant. He was murdered for exposing the Hells Angels involvement in a huge mobile drug lab operation in East Vancouver. As a result, he and his wife were murdered.

Now some will say how on earth can a police informant be a hero? Informants are rats. Well wait 'ill I tell ye. Look at what crack and crystal meth are doing to our society. People who sell crack and date rape drug are the real rats as are all who profit from it.

Just look at how Tony Terezaki beat addicts who owed money as well as the more recent enforcers who have started pushing women out of windows for drug debts in East Vancouver. They are below rats. That kind of violent cruelty needs to stop. Anyone who dares break the silence to protect the unfortunate victims of abuse are heroes because in so doing they put their own lives at risk.

So here's their tale: Two impeccably dressed hit men arrived at the front door of a Burnaby home bearing festively-wrapped gifts four days before Christmas 1995. Michele Uyeyama answered the door, peering over the safety latch to ask what they wanted.

They said they had presents from the "boys." She told them to leave the packages on the porch, but hit man Bobby Moyes said it was too wet. So Uyeyama reluctantly undid the chain and opened the door.

Once the door was open, Moyes said he stepped inside and stuck a gun in Michele's face. He told Mike to take care of her, then went down the hall and found Eugene Uyeyama in bed. They strangled the couple. Moyes then unwrapped one of the "Christmas gifts" to reveal a can of gasoline. He poured gasoline on the couple, left a flammable trail to the front door and lit it as they left.

Moyes described how he got the gun from the laundry hamper in the Coquitlam home he shared with Salvatore Ciancio, whom Moyes had met while serving a sentence at Ferndale for armed robbery.

Before Christmas of 1995, Moyes recalled, Ciancio asked for a favour : kill Eugene Uyeyama because he was believed to be a "rat" -- the term used by criminals to describe a person who cooperates with police -- after a cocaine shipment had been intercepted by police.

Moyes said he agreed to do it and it was arranged that a man named Mike would help do the "job." He said Ciancio wanted Mike killed at the house after the couple was murdered.

But Moyes said he did not kill Mike because things became screwed up. Besides, he said, Mike was watching him closely the whole time and things became so hectic he just wanted to get out of the house.

Here we have yet another case where a hit man was convicted of murder, yet the people who hired him was not convicted. This tragedy has happened repeatedly in BC. When bad judges refuse to enforce the law against the people who hire the hit men they are in essence pissing on a soldiers grave. It is as I have said before, treason.

Agent 22 is a hero. Yes we have his real name and photo. We're not posting those out of respect so that he may hopefully not suffer the same fate as many others who have testified against the Hells Angels in court.

Margo Compton is another hero. She was a prostitute in a San Fransisco brothel called the Love Nest run by the Hells Angels. She had two daughters and wanted out. She testified against Otis Garrett who was convicted of running the prostitution ring on behalf of the Hells Angels. After the trial, Margo Compton and her twin 7 year old daughters were murdered for testifying against them.

Margo Compton did not die in vain. She put the corruption on the map. We knew the Hells Angels ran brothels in Vegas and Amsterdam where prostitution was legal but this was the first documented link connecting the Hells Angels to illegal prostitution. Her murder clearly explains why so many people are afraid to speak out.

Lisa is another hero. A guy with a camcorder went to East Van and started interviewing drug addicts and posting those interviews on Youtube. Lisa was one of the interviews. She was a heroine addict that pointed out the methadone program was not weaning her off the drug it was keeping her on it. She said the real solution is housing out of East Van. No doubt she will be punished by both sides for her testimony. God bless Lisa - a hidden angel. 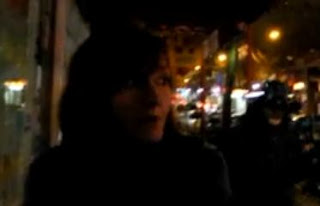