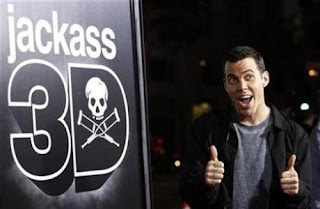 Speeding is one thing, reckless driving is another. When I saw this new video I thought they were just replaying the last one and we just didn't hear that one of the bikes crashed. Not so. It appears that this is yet another video of two Hells Angels speeding excessively and driving recklessly a couple weeks after the last video was made public.

This is really bizarre. Motorcycle awareness is all about driving responsibly. It's not about driving like a crazed teenager on drugs. This kind of behavior gives all motorcyclists a bad rep not just Hells Angels. Running stop lights, driving on the wrong side of the road against traffic. It's no wonder one of the guys ended up crashing his bike.

It's like the idiot who died in Nanaimo. A young driver was changing lanes and didn't see a biker in his blind spot. When he did see the bike he stopped his lane change and returned to his lane. The biker pulled up beside him and started scowling at the young driver, missed a turn in the road and killed not only himself but his passenger as well. Absolutely senseless.

It is unwise for a car or a motorcycle to cruise in someone's blind spot. Now we have Hells Angels driving like maniacs still playing the victim and cry about the media picking on them. CBC, the Vancouver Province and the Burnaby Now failed to mention the fact that the second video was of Hells Angels. That's bizarre. And of course it's obvious I have mental problems because I do mention the fact that they are Hells Angels. Whatever.

Three grown men on motorcycles terrorize a female paralympian in Nanaimo. No charges were laid. These dirt bags are out of control. The woman was not in the wrong. She was behind one motorcycle and she was distracted by two other motorcycles that came roaring up behind her. She realized she was a bit too close to the motorcycle in front of her so she put on her brakes. Putting on your brakes is not reckless driving. Doing what these idiots did is. They should be charged with uttering threats and reckless driving. Not to do so is shameful.