RCMP Contract up for Renewal in BC 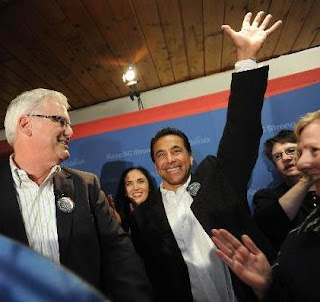 I'm thrilled with the news of the recent large drug busts in Vancouver and Kelowna although I am skeptical about the timing. Large drug busts during contract negotiations with no known connection to local gangs. Suspicious.

Kash Heed is worried about RCMP accountability. Well isn't that ironic? What about his own accountability? Personally I don't see a Regional police force as the divine solution to all our problems. VPD and Delta PD have the same accountability problems the RCMP has.

Any policing changes coming from the Campbell government are suspect. They are the oxymoron of public accountability. Drunk driving charges now after two drinks instead of three? Brought in by a drunk driver himself who is railroading the HST against the democratic will of the people just like Brian Mulroney did with the GST?

Impound your vehicle for a week for speeding 40 k? Just because we have a provincial police force doesn’t mean it will be more publicly accountable. Not with the crooks we currently have in office.

The premier with the lowest approval rating in the country shouldn't be making any sweeping changes to anything other than himself. Kash Heed waving like some kind of hero standing next to Gordon Campbell while embroiled in his own scandal is somewhat bizarre. The RCMP has a noble history worth preserving. Only William Elliott in not the man to do it.