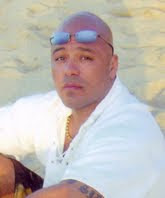 Jose Gonzalez was a member of the Haney Hells Angels. On June 22, 1999, charges of extortion against East End member John Virgil Punko and Haney member Jose Gonzalez were dropped by the Crown after its key witness - the owner of a Richmond seafood company - refused to return from his native Japan to testify.

Gonzalez... that's a name found in El Salvador and in Honduras... In fact, that's the same last name as a guy who was charged in that recent large cocaine bust in Vancouver - Eduardo Gonzalez. No relation of course.

Ernie Ozolins, who had just left the Haney Hells Angels, was gunned down on June 2, 1997, along with girlfriend Lisa Chamberlain at Ozolins' s West Vancouver house. The murder remains unsolved.

Rick (Blackie) Burgess, Haney Hells Angel, vanished on Jan. 7, 2002. He was declared legally dead in 2004, but his disappearance has not been solved.

Ross Douglas McLellan, 59, a key member of the Hells Angels chapter in Haney, "died of natural causes" on an airline flight to Maui in December of 2006.