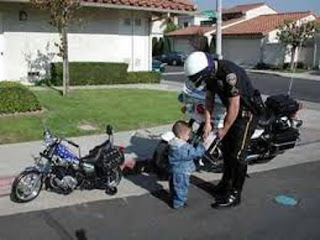 Well this is yet another example of our pathetic justice system at work in BC. An off duty cop gets in a fight with a Hells Angel at a bar in Kelowna. 15 to 20 Hells Angels and Associates jump in and kick his ass. Then they charged the off duty cop with assault.

I don't know which is more pathetic, having 15 to 20 guys jump in the fight or charging a cop with assault in a consensual fight. Do the Hells Angels ever fight one one one? Of course not. The purpose of joining a gang is so you don't have to fight one on one.

Here's the law: If an off duty cop or anyone else walks up to a Hells Angel in a bar and says "Do you want a fight?" and the Hells Angels says yes through word or deed, then that is a consensual fight not an assault. If he said no and the cop sucker punched him, that would be an assault. A Hells Angel charging a cop with assault for chest bumping him in a bar is absolutely pathetic. What next? Is the Hells Angel gonna hit him with his man purse? It's just the continued saga of the bully playing the victim.

Mind you if they're not embarrassed walking around with their man purses they sure won't be embarrassed about not fighting one on one.

Yet having our judicial system cater to these known drug dealers like puppets on a string is the biggest embarrassment of all. 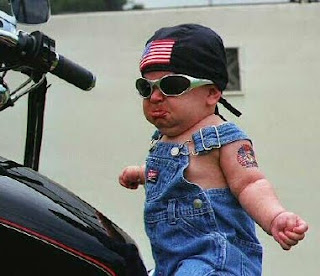