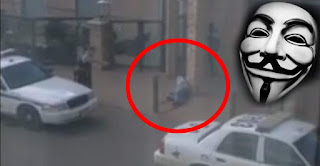 ipolitics is reporting that the national RCMP website is offline and has been for several hours. Hackers with Anonymous vowed that they would leak the classified national security documents in retaliation for the fatal shooting of James McIntyre in Dawson Creek, BC, by the end of the day unless the officer responsible is arrested. The RCMP web site is indeed offline. Go Team.

Update: ipolitics is reporting that Anonymous has started to slowly leak out information about CSEC funding and put out a video claiming CSEC tried to spy on American President Barack Obama under Prime Minister Stephen Harper’s orders and, when caught, put the Keystone pipeline in jeopardy. Why doesn't CSEC share criminal information with the RCMP? Because they aren't concerned with criminal activity, only political affiliation. That is illegal.