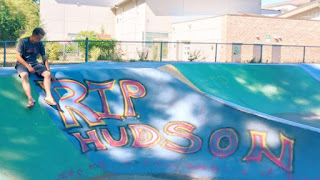 There have been new developments in the resent police shooting in Surrey where a suicidal youth was shot dead by police and an officer wounded. Tragic developments. First he wasn't suicidal. That was a bold faced lie fabricated to cover up what really happened. I have sources which confirm this which CBC has also reported.

The name of the youth shot dead by police is Hudson Brook. He was a skateboarder leaving Bakerview park at 2:00 AM. The same park that was a known hang out for youth where Dario Bartoli was assaulted and murdered last December. A witness woke up to sounds of Hudson screaming hysterically "Help me they're trying to kill me" as he was running away from the park towards the cop shop. The witness saw him running and was going to get dressed to see if he needed help. Then heard six or sevel gunshots and went back inside.

Now a very different story emerges. He was not suicidal he was scared for his life. He did not have a weapon in his possession. So why was he shot dead and how did the police officer get shot? Blog readers speculated friendly fire. I now have a source that claims the rookie cop that was first on the seen tried to calm him down by yelling commands at him. Hudson was hysterical and did not obey their immediate command so the officer pulled out their service revolver and shot themselves in the leg by accident while doing so.

My source then claims the officer frantically called for help shouting officer down I've been shot. That's when Hudson was shot dead. The second account has yet to be confirmed but the previous witness statement supports it. If Hudson did not have a gun the officer had to have either shot themselves by accident or shot another officer by accident. Neither of which explains why they shot the unarmed youth dead then made up the story about him being suicidal.

July 21st the White rock Sun reported that the day after the shooting the police station was spray painted with the words Kid Killer and Justice for Hudson. This is indeed tragic. It was indeed a tragic accident. The public has a right to know if the suspect had a weapon and who shot the officer. That cannot be hid from the public any more. 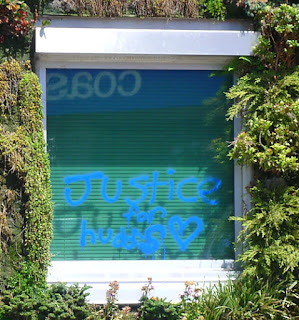