MP admits CSIS knew about the bomb on Air India Today 1130 News is reporting a very important revelation. The headline reads: Canadian spies knew about bomb on Air India plane. The article states "A Conservative MP says Canada’s spy agency knew there was a bomb on the Air India plane that later exploded in midair, killing 329 people." That is a true statement. It is in essence a public confession of guilt because they didn't only know about the bomb, their handler provided it.

Then comes the Neo Con spin: The article also states: "In a late June speech at a Vancouver church, Tory MP Wai Young says the laws at the time prevented the Canadian Security Intelligence Service from telling the RCMP about the explosive device in June 1985." That is a lie. They were under a moral and legal obligation to notify the RCMP and remove the bomb. Now they can be formally sued for criminal negligence.

And finally the one two punch is delivered. That lie is followed by the ultimate lie selling the Devil's Blasphemous Deal: "Young told the service at Harvest City Church that, as a result, the Mounties could not remove the bomb from Air India Flight 182. She said the government’s recently enacted Bill C-51 remedied the problem by allowing greater information-sharing between agencies." Oh the cunning plan of the evil one! That is a malicious lie.

Admitting CSIS knew about the bomb on the Air India flight admits culpability in that heinous crime. Lying to the public will not save them in court. In the House of Commons you can get kicked out for calling someone a liar even if they are in fact lying. Not in a court of law. When you prove someone is lying in a court of law they can be charged with perjury.

CSIS had a handler that not only helped plan the Air India attack, he provided the explosives. Revoke the illegal spy bill which violates the Canadian Charter of Rights and Charge CSIS with murder. This public lie is an admission of guilt.

God is the author of liberty. Stephen Harper is an anti Christ.

The Drums of Jericho shall return. Tiocfaidh ar la. 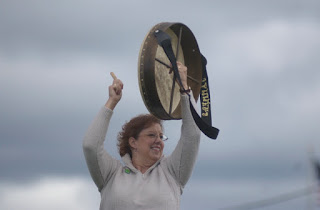 Update: The latest lie is the MP has now changed their story and said they made an error. That fails the test of believability. They used that lie as the foundation for their argument rationalizing giving up civil liberty in Bill C-51. The fact that CSIS knew in advance about the bomb on Air India was the only true part of their argument. The CBC and the RCMP already reported that fact. They were using a known fact to sell their illegal bill. Kill Bill C-51.

Castanet is confirming the MP's original statelent to the church congregation.