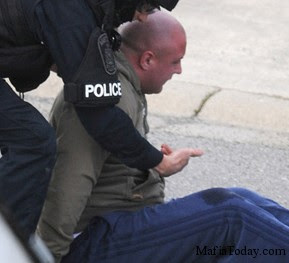 I was in court today filing papers and noticed Jamie Bacon was in courtroom 67. They wouldn't let me in. It's in camera. That means it's closed to the public. They said it has been in camera for two months. That is an abnormally long time to be in camera. This is the climax of the Surrey Six murder trial. Jamie Bacon was the ring leader. OK he wasn't the ringleader he was the ork but out of all those charged he was the ringleader. The whole tragic event happened because he was trying to tax Corry Lal on behalf of you know who.

We know that this case was separated from the others because the police screwed up and slept with a key witness. Yet letting him off because of a police screw up would be a horrible miscarriage of justice. It would be a complete betrayal of public trust and the mother of the innocent son that was murdered that day.