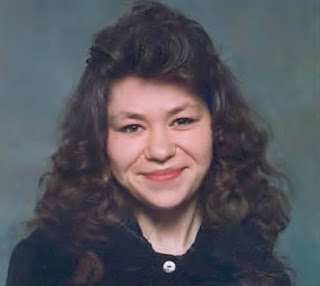 The Edmonton Sun is reporting that "when she vanished in 2004, Delores Dawn Brower, 33, was a small, timid woman who desperately wanted to get off Edmonton streets that were becoming increasingly deadly for city prostitutes. RCMP on Tuesday revealed that human remains found April 19 near Leduc - in a five-miles area where slain women’s bodies were turning up between 2003 and 2012 - are those of the missing woman."

CBC is reporting that "Police believe proximity of the remains of 4 people may be evidence of a serial killer." Doesn't that sound familiar. Another Dianne Rock story perhaps? A serial killer or sex trade workers killed for drug debts. Time will tell. It always does.

The Star dot com is reporting that "Since 1983, the bodies of 20 women have been found in the Edmonton area." Let's also remember Shannon Collins who was murdered in Edmonton. Her sister was told she was leaving for Calgary to work for the Hells Angels but never showed up. However, since she was living what police described as a high risk lifestyle, it appears she had already been working for "someone" in Edmonton. Georgina Papin was also originally from Edmonton. Her DNA ended up on the Pickton farm.

Update: the Edmonton Journal is reporting that convicted murderer Thomas Svekla was a suspect in the disappearances of two women whose remains were recently found. Ironically, a blog reader had also just mentioned the possible connection. Yet we know Robert Pickton did not act alone.