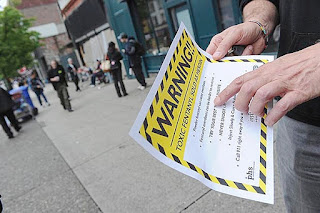 CBC is reporting that "Police in British Columbia are advising drug users to be cautious, after at least eight people in Surrey overdosed on drugs within 24 hours. Surrey RCMP said the drug ingested was thought to be heroin, but analysis has not yet been done to confirm that no other substances were involved. Police have not yet said whether the drug fentanyl is believed to be involved, as it was in past overdose warnings."

Here's a crazy idea. Why don't we arrest the drug dealers selling the bad heroine publicly outside the Front Room beside the needle exchange instead of just issuing a warning with a free needle? 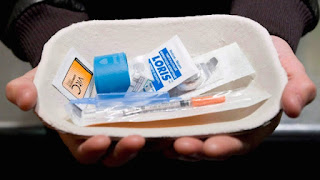