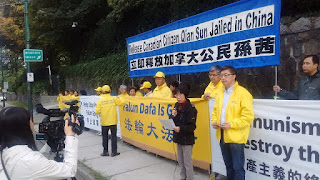 There was a rally outside the Chinese consulate in Vancouver today calling for the release of Vancouver resident and Canadian citizen Qian Sun who was unlawfully imprisoned in China for her religious beliefs on February 19th 2017. Like many others, Qian Sun will have a show trial without legal representation to defame her. "Reports detail how she has faced abuse, torture, and recent intense brain washing sessions from March 12-22nd to have her renounce her faith." If she was arrested for any other reason than her religious beliefs, why are they trying to force her to renounce her beliefs in prison like many other political prisoners in China. 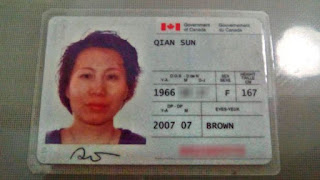 January 2018 China aid reported that "The lawyers of 40 falsely accused Christians swept up in a province-wide crackdown on a cult received notices announcing they are suspected of illegally defending their clients and that their qualifications will come under the review of the government in China’s southern Yunnan province." According to Communist China, the Falun Gong are a cult. So are Christians, Muslims and Tibetan Buddhists. They're all cults according to the CPC which in their mind justifies their unlawful imprisonment and murder for their organs. 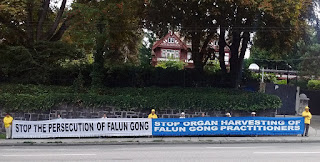 The Globe and Mail reported that Qian Sun's sister has hired and lost 11 lawyers tryng to defend her sister in court against these falee allegations. "Some have been told to drop the case, either directly by authorities or by their own law firms. They have been visited at their homes by police and ordered not to accept media interviews or write about Sun Qian online. One lawyer’s legal licence was cancelled. Another believes he has been placed on a travel security blacklist, since his national identity card often sets off alarms when he passes through security at airports and train stations. Lawyers willing to represent sensitive cases in China have come under harsh pressure from authorities in recent years. Some have been jailed, others have accused police of torturing them and extracting false confessions."

Anastasia Lin, former Miss Vancouver beauty pageant representative made a YouTube video calling for Qian Sun's release. At a May 9 2017 press conference on Parliament Hill former Liberal MP Irwin Cotler said "We call on the Chinese authorities to adhere to the rule of law, which they proclaim they are doing but violating consistently in the matters of Falun Gong practitioners.” Other speakers were Conservative MP Peter Kent, Green Party leader Elizabeth May, NDP MP Cheryl Hardcastle, and Conservative MP Michael Cooper.

The Falun Gong are allowed to practice their faith in Russia but not China. 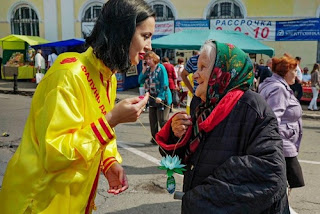