Larry Amero denied bail but was he? 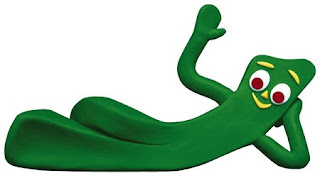 Update: After the delay Larry Amero's bail hearing resumed. A month later not a word on the results of that decision. Was he released and the court imposed a publication ban? The delay is concerning. The court need to be accountable to the public who pay their wages.

Keith Fraser is reporting that "Larry Amero, who is accused of conspiracy to commit the 2012 murders of rival gangsters Sandip Duhre and Sukh Dhak, appeared in B.C. Supreme Court in Vancouver Tuesday for the first day of what was expected to be a three-day bail hearing. But the matter was adjourned after the judge was told that Amero’s lawyer had fallen ill. The next court appearance for Amero and his two co-accused, Dean Wiwchar and Rabih “Robby” Alkhalil, is set for Oct. 19." Bail? Wouldn't that be a farce. Flight risk? No kidding. Just like Skelator was.

These aren't just more drug charges. These are murder charges. Dean Wiwchar was a hitman for the Hells Angels. He worked directly for Larry Amero. Just as every murder he committed had to be approved by the local executive, Larry Amero was the one that asked him to commit each murder. Dean also sold drugs for Larry just like Robby Alkhalil did. Robby Alkhalil sold drugs for Larry Amero. The Alkhalil's were in charge of a huge drug network and were also affiliated with the Bacon brothers. Larry and Jonathon attended one of the Alkhalil weddings before they were shot in Kelowna. Robby Alkhalil was also involved with several murders for Larry.

Just as every murder Robby Alkhalil committed had to be approved by the local executive, Larry Amero was the one that asked him to commit each murder. The same goes with Jamie Bacon and the Surrey Six. Jamie didn't orchestrate the Surrey Six, Jonathon Bacon did because Larry Amero asked him to. That is the truth. Larry Amero is not a role model. He is a piece of garbage.