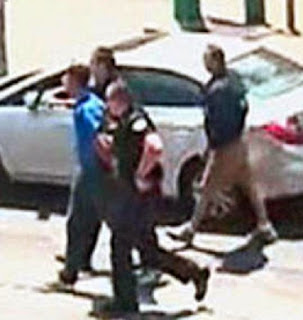 He's also a suspect in the Sheriton Wall Centre murder of Sandip Duhre. Police sources say that Alkhalil was the mastermind behind the Duhre murder, while Wiwchar was the suspected hitman. Sources say Wiwchar was captured on video surveillance in the vicinity of the Wall Centre on the night of the murder. Sources claim he's back in town to face the Vancouver charges. July 17th 2013 Suzanne Hyslop, his coaccused in the firearm related offenses was ordered to stand trial.

Posted by Dennis Watson at 7:46 AM