Breaking My Silence on Life in the RCMP 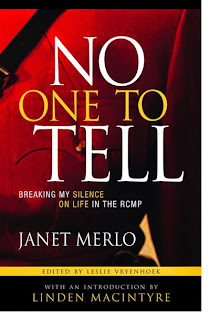 The Tyee pasted an article about Janet Merlo's book No One to Tell: Breaking My Silence on Life in the RCMP. More than 330 women are now involved in sexual harassment claims against the RCMP. Tim Shields is a lying POS and so is the RCMP management for supporting his lies.

CBC quoted Janet Merlo as stating: "During my first few years as an RCMP officer, I had a supervisor who kept a naked blowup doll in his office. And during the nightshifts, he would keep it standing ... and when I'd bring in files for reading he'd ask me to stand next to it to see who was taller." RCI quoted Janet Merlo as stating: “You just don’t speak out against those who outrank you,” she writes, which is why no-one dared to say anything about a particular sergeant who always came to work drunk.

Evidently Janet Merlo is the lead plaintiff in the class-action lawsuit against the RCMP not Catherine Galliford. Catherine is just one of many RCMP officers with the same complaint. Instead of employing a task force to harass her they could easily settle that one if they had any honest desire whatsoever of dealing with the truth instead of perpetuating lies and slander. 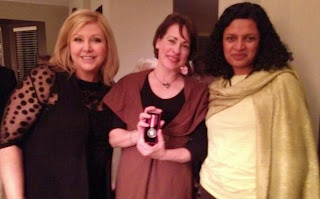